Jimmie Johnson's playoff streak may be 'running out of days' 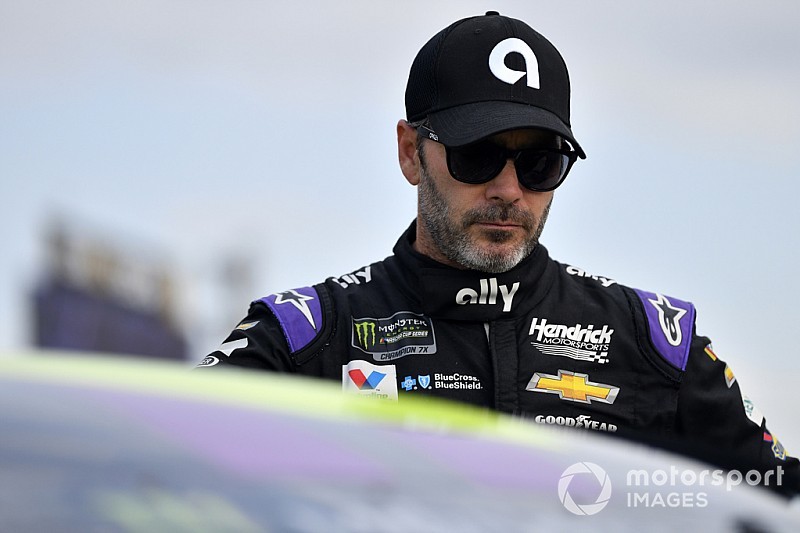 If the Southern 500 was any indication, Jimmie Johnson will not go down quietly in his bid to keep his NASCAR playoff streak alive.

Johnson and his No. 48 Hendrick Motorsports Chevrolet team had one of its best weekends from start to finish of the season at Darlington (S.C.) Raceway, showing plenty race-winning speed.

He remained in contention for the win until he was caught up in a multi-car wreck on Lap 275 of 367, where he picked up considerable damage. He still salvaged a 16th-place finish, which leaves him 18th in the 16-driver playoff standings.

“I had at least 15 years with a lot of luck on my side, seven years of championships and having two or three bad ones is just part of it,” Johnson said after the race. “I keep saying that we’re getting better and we showed it (at Darlington), from the way we qualified to how we ran in those stages.

“I was running fourth when that accident took place in Turn 3 and I just had nowhere to go.”

Johnson, 43, is the only driver who has qualified for every Cup Series playoff since the format was first introduced in the 2004 season.

As difficult as the last couple seasons have been for Johnson, he still has one more shot to extend that streak and at a track where he has enjoyed enormous success in his career. Johnson is a four-time winner of the Brickyard 400 at Indianapolis Motor Speedway, most recently in 2012.

A win would lock him into the playoffs but it’s also still possible for Johnson to make up the 18 points he currently sits behind the cutoff line, especially if some of the drivers with whom he is battling for the spot run into problems.

“We are running out of days and if we miss it, it’s just going to be by a few I believe. If I look back over the first half of the season, I see a lot of races where we gave away a few points,” Johnson said.

“So, it’s kind of unfair to put all the pressure on one race in Indy. But it is what it is and we are going to go there to win a race.”