Jimmie Johnson to retire from full-time competition after 2020 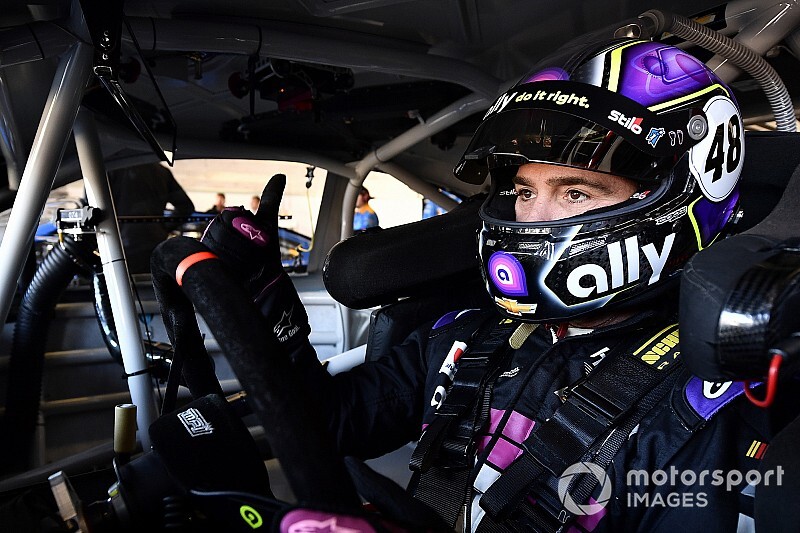 2020 will be Jimmie Johnson's last season as a full-time competitor in the NASCAR Cup Series.

Johnson is one of the most successful drivers in NASCAR history and has been competing full-time since the 2002 season.

The 44-year-old has won seven championships, equal with Richard Petty and Dale Earnhardt for the most all-time. Five of those titles came in succession between 2006 and 2010, a NASCAR record.

Johnson tweeted the following video announcing his retirement, saying, "I'm so thankful for 18 incredible careers of racing in NASCAR. This sport has been good to me and allowed me to do something I truly love. I showed up chasing a dream and achieved more than I ever thought possible. I'm looking forward to next season and celebrating what will be my last year as a full-time NASCAR Cup driver.

However, he currently faces the longest winless streak of his impressive career with his most recent victory coming at Dover in May, 2017.

NASCAR Chairman and CEO Jim France said of Johnson's retirement: "NASCAR history will always hold Jimmie Johnson in the highest regard, for his hard-charging success on the racetrack and the way he conducted himself as a champion off the track. This remarkable seven-time champion – through his competitive spirit, immense talent and sportsmanship – has made NASCAR a better sport. On behalf of my family and the entire NASCAR community, I thank Jimmie for his dedication to NASCAR and, along with his legions of fans, wish him all the best in his final season. I look forward to watching him race for wins and an eighth NASCAR Cup Championship in 2020.”

Johnson's primary sponsor Ally Financial, which are on signed on with the team through 2023, released the following statement: “Jimmie Johnson is a legend in racing, the epitome of class and the ultimate representative of our brand. We are proud that Jimmie will finish his remarkable NASCAR driving career with Ally as his primary sponsor. The relationship we have built is based on shared values for doing right in the communities we race in, while introducing Ally to such a passionate fan base. We are thrilled to support Jimmie and continue our relationship with Hendrick Motorsports. The whole Ally team, all 8500 of us, are ready to support him as he continues ‘chasing 8’ in 2020.”

Hendrick Motorsports will announce plans for its 2021 team alignment at a later date.