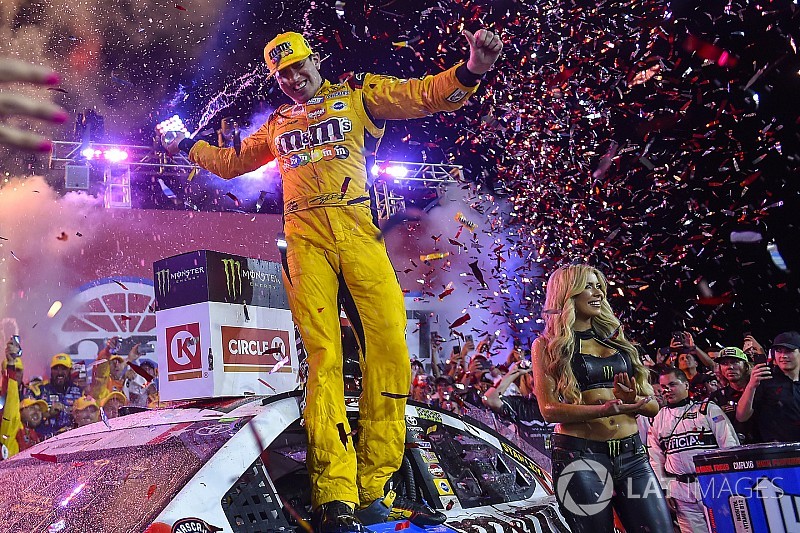 Nobody appreciates Kyle Busch’s racing talent more than his team owner, Joe Gibbs, who has enjoyed enormous success in both the NFL and NASCAR.

On Sunday night, Busch added another milestone to his already stellar NASCAR racing resume becoming the first Cup Series driver to win at least one race on all of series’ current tracks.

Charlotte Motor Speedway was the only track Busch had yet conquered. He won the All-Star Race last season but until Sunday night had yet to score a points-paying race victory on iconic track.

He did so in spectacular fashion, leading all but 23 of the race’s 400 laps on his way to a lopsided victory, his fourth of the 2018 season.

“It’s a team sport, as everybody knows, and I’ve got to tell you, Kyle is just – when he puts a helmet on, I think he’s one of those unusual people, and he has unusual talent, and to be able to do what he’s done at the age he is just special,” Gibbs said.

“For him to do that, particularly Kyle is young, and for him to be able to get that done at this age I think is special. I think everybody around the sport really appreciates it.”

Already a Hall of Fame career

Busch, 33, has already amassed Hall of Fame worthy credentials and he shows no signs of slowing down.

The 600 was his 47th career Cup series victory and he earned his first championship in 2015. He has 91 career wins and one championship in the Xfinity Series and 50 wins the Camping World Truck Series.

Gibbs, who won three Super Bowls as a coach in the NFL and four championships in the Cup series, said Busch’s mindset reminds him of successful athletes he’s coached in the past.

“You see football players, and I’ve had some that are real easy during the week, jovial, and when they put the helmet on, it’s big time. They’re going for it,” he said. “And those are the kind of guys you want.

“I think Kyle has that. I don’t know that I’ve ever seen him when it’s race day to back off some. He’s always after it. He’s always aggressive. And he carries that emotion with him.

“So, some people are just special when it comes to game day, and I think Kyle is one of those.”

Mailbag: Will NASCAR look at new venues down the road?