Almirola hints he will retaliate after Logano spat in Texas 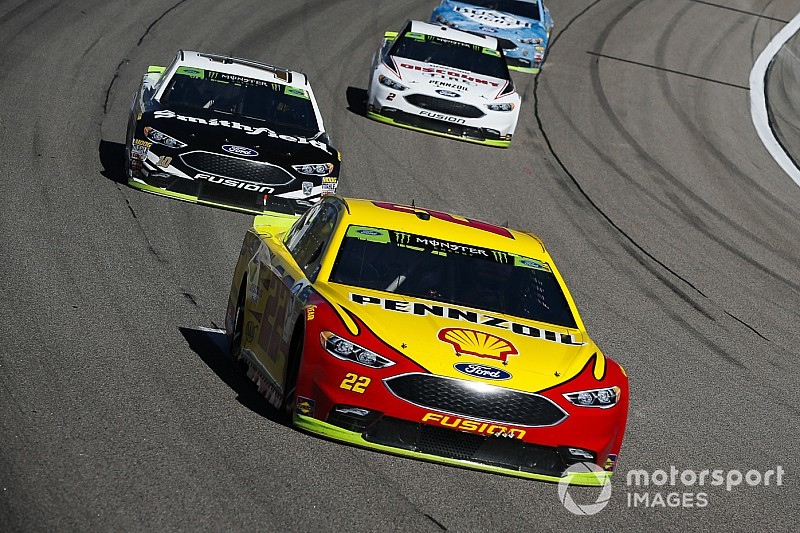 Stewart-Haas Racing's Aric Almirola suggests he will go out of his way to hinder Joey Logano's NASCAR Cup title hopes at Homestead if he fails to reach the ‘championship four’.

Almirola started Sunday's Texas race from the rear of the field after stewards noticed unapproved bodywork changes on his SHR Ford, but was running third following a late restart when he was involved in an incident with Logano.

Logano, who has already made the cut for the Homestead shootout courtesy of a controversial win at Martinsville, was on the outside line but appeared to move down on Almirola, forcing him to back out of the throttle.

At the time of the incident, Almirola said over his radio, “F**k him. He's already won a f**king race,” and later added: “He's already going to Homestead, and he wants to race me like that.

“[He] won't get a break from me at all when we get to Homestead, I guarantee you that.”

Almirola dropped to eighth as a result, while Logano – who a week earlier was involved in a final-lap clash with Martin Truex Jr at Martinsville that led Truex to vow he would stop the Penske driver from winning the title – finished third.

“We were a third place-car and [on] that restart we were finally in position, we fought all day from the back,” said Almirola after the race.

“We started in the tail and we worked diligently all day to get up to the front and finally got ourselves into position to at least have a shot [to] race with those guys, and the #22 just went down in Turn 3 and put it right on my door and about wrecked us both.

“I'll have to talk to him but he just continues to make things harder on himself. If that's the way he wants to race me when he's already locked into Homestead and we're out here fighting for our lives, that's fine.

“When Homestead comes around, if I'm not in [the final four], he'll know it.”

Almirola, who is seventh in the standings and 57 points shy of the cut-off, must now win at Phoenix to guarantee his place in the ‘championship four’ that will fight for the title.

When asked to clarify what he plans to do to Logano, Almirola said: “Just make it really difficult on him.

“He made it obviously really difficult on me which was really unnecessary. He could have run fourth, fifth, 11th - it wouldn't have mattered. He's still going to go to Homestead and race for a championship. It's just not smart.”