Joey Logano "rode the wave" but he's now a "past champion" 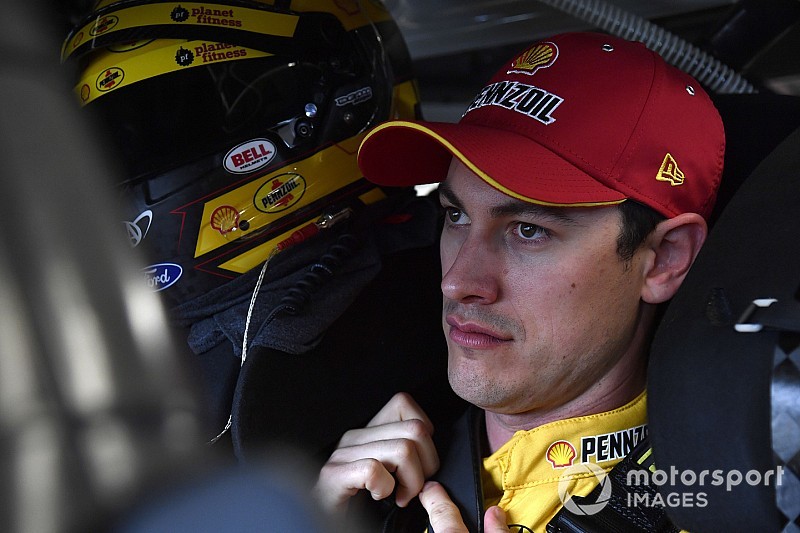 Joey Logano believes what’s done is done, which means that Monster Energy NASCAR Cup Series championship? That’s all in the past.

Technically, Logano is the reigning series champion but you would hardly know it by listening to him this week at Daytona 500 Media Day or even after winning one of Thursday night’s Daytona 500 qualifying races.

He’s not only focused on the season at hand, but even more so on the race at hand, which would be securing his second career Daytona 500 victory on Sunday.

“You have that on your side that makes you feel more confident in yourself. I think that’s a good piece. Like I’ve told everyone though, that’s all last year, all washed out. We’re all back at zero right now.

“It was great, we rode the wave, enjoyed it (and) had a lot of fun. But it’s over. We’re past champions. We need to try to be the new champion this year.”

Logano, 28, is off to a good start heading into Sunday’s season-opener.

He went from fourth to first on the last lap of his qualifying race Thursday night, clearing Clint Bowyer in time to capture the win and secure the fourth starting position in Sunday’s 500.

In a race where most drivers didn’t wish to drift far from the outside lane – which was the fastest – Logano was one of the few able to advance through the field.

He’s become quite a steady performer in the 500, finishing fourth, sixth, sixth and first in his last four starts.

“When I look at it, there are points on the line, yes. This is the race that you may take a larger risk, and say, ‘I don’t really care about points, I want the Daytona 500 victory.’ That might mean a little bit more,” Logano said.

“I think teams, drivers are willing to take bigger chances in a race like this. It’s one of the crown jewel events of the year. This is the biggest one of them all. There’s nothing like winning the 500.”

While last weekend’s Clash (prior to it being halted by rain) and the qualifying races were relatively tame, Logano is unwilling to predict anything similar for the 500 itself.

“You never know what’s going to happen in the 500. Cars ran out of gas a couple years ago, wreck on the last lap last year. That’s part of it when you come here.”