Joey Logano hoping to turn his luck around at Michigan 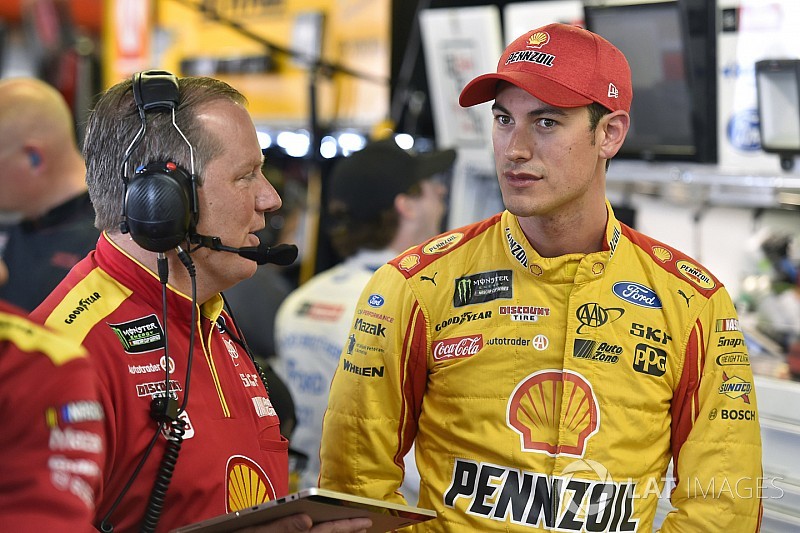 Joey Logano hopes his luck turns around in the FireKeepers Casino 400 on Sunday.

As the defending winner at Michigan International Speedway, Logano started from the pole at and led 138 of 200 laps en route to his first of three wins in 2016.

This season, Logano is trying to recapture some of that magic. He’s currently 11th in the points and four positions off from his average finish of 10.5 from last year.

“Anytime you come to one of your best race tracks like here at Michigan, especially the way our last month-and-a-half has gone it is a confidence builder for sure,” Logano said. “To be able to unload with decent speed, then switch to qualifying trim and find more is definitely a nice turnaround for us. We have been lacking a little speed but this seems like the best race track for us to turn this around.”

Last week at Pocono, Logano qualified ninth, but a flat tire mired him in the field and he finished 23rd. While the team started the season strong with six top fives and eight top 10s in the first nine races, since his encumbered win at Richmond International Raceway, Logano’s average finish is 27.6.

Has the team identified the problem?

“We have about 15 areas we think,” Logano said. “A lot of it is process of elimination. I think there is a certain area we think we can get better but it takes a lot of time to fix that. It is not just a spring or wedge. Believe me, we have changed every spring we can change in these things. Over time we should be able to get back where we want to and already we are moving that way.

“We are balancing our cars better and trying to get to where we can get into the corner better. That seems to be our biggest lack right now, the entry of the corners. We are trying to fix that. It seems we’ve made a decent step this week. It seems like we are in a step in the right direction. We will keep working.”

Logano has won twice from the pole here at Roger Penske’s home track. Since joining the company in 2013, Logano has enjoyed a remarkable run of four top fives and eight top 10s in eight starts. He’s also led 356 laps in the last four years on the two-mile track.

For the last three years, Logano, 27, has been in the hunt for the Cup championship. Last season he finished a career-high second in the standings. While the aerodynamics of the cars have changed, the core of the No. 22 Team Penske crew remains in tact.

“It is the same group, the same people and we didn’t forget how to do things,” Logano said. “We are just going through a little rough period. We had to go back and relearn some things. Some stuff that worked in the past don’t work with this package.

“We have had to find something new to make us successful and we all understand that. We understand if we work together we will get through it. With that in mind, this whole team sticks together and keeps fighting to persevere.”

Here are six drivers Logano will have to contend with on Sunday:

GMS Racing considering a move to the NASCAR Cup Series