Joey Logano "more confident" than the start of 2018 title run 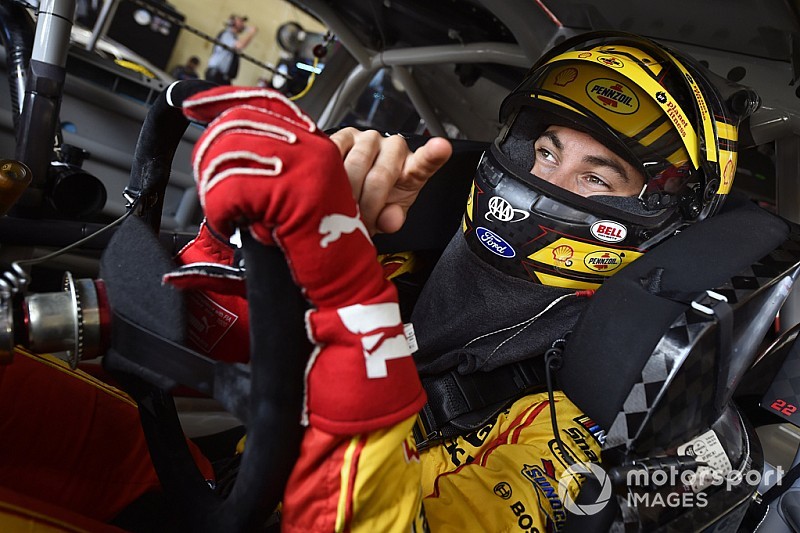 Joey Logano feels he’s in a much better position entering this year’s NASCAR Cup Series playoffs and we all know how last season turned out for him.

Logano won just one race before the start of the 2018 playoffs, but added two more victories in the playoffs, including the season finale at Homestead, which handed him his first series championship.

While Logano wasn’t the favorite in the title hunt – Kyle Busch, Kevin Harvick and Martin Truex Jr. had won far more races – Logano produced when it mattered most.

“Last year at this point, we didn’t have many playoff points. We didn’t have the speed that I felt like we needed to win and it seemed like we started picking it up here and getting a little more consistent and getting some solid runs,” Logano said Thursday at Media Day at South Point Hotel & Casino.

“We got through a round and then all of a sudden we were contending for wins. We found ourselves in the hunt. We were still playing a little behind the eight ball because we had no playoff points but getting those wins ultimately gave us an advantage going into Miami.

“It almost doesn't matter who the favorite is because it can change in the matter of a week. I feel better and more confident as a driver and team that we have speed in our cars and have done it before.”

Through 26 races this season, Logano has two wins and 10 top-five and 15 top-10 finishes and is seeded fourth as the playoffs open Sunday at Las Vegas Motor Speedway.

Once again Busch, Harvick and Truex have more wins than Logano, but nobody has more than four, which means the playoff points are spread out far more evenly this season.

The climb for Logano to pass his competitors this year shouldn’t be nearly as difficult, particularly since he and his No. 22 Penske Ford team have shown far more race-winning speed.

“The playoff points are spread out between more drivers and more teams than it has been. At least more than last year,” Logano said. “It is nice to have that cushion but it isn’t really a cushion when everyone else has the same amount.

“You have a cushion over the guys towards the back of the playoff grid but I would assume that is going to probably go away as there are less cars in the playoffs.

“Winning right now is important to get as many playoff points as possible but you also have to be smart with how you get through these rounds.”