Joey Logano: "We know it's possible" to compete with Harvick 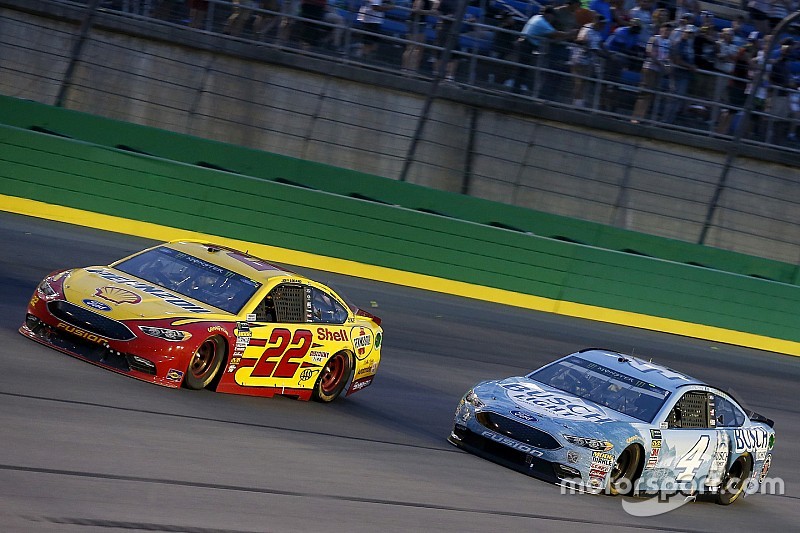 If it was only as easy to replicate Kevin Harvick’s performance this season as it is to say it.

Joey Logano was asked this weekend at Watkins Glen (N.Y.) International why it is so difficult for a fellow Ford Performance team to figure out what advantage Harvick has found this season that has led his No. 4 Stewart-Haas Racing to a series-tying six wins this season.

“Well, they’re not going to tell you and they shouldn’t,” said Logano, who is the only driver at Team Penske with a victory this season in the Monster Energy NASCAR Cup Series. “It would kind of be funny if they did. I’d love if they did.

“It’s impressive that really ever since (Harvick and crew chief Rodney Childers) have worked together they’ve been one of the top three cars the whole time. That’s really impressive what they’ve done over there with their cars and what they’ve done as a team during the races.”

So far this year, Harvick has six wins, two poles and 16 top-five finishes through the first 21 races. He is second in the series standings.

Logano, 28, is the highest in the season standings (fourth) among the three Team Penske drivers, with Brad Keselowski seventh and Ryan Blaney 10th. Keselowski’s best finish this season was second at Atlanta, while Blaney finished second at Kentucky.

Of course, there are some similarities between Ford teams.

They all utilize engines from Roush-Yates, wind tunnel numbers and there is numerous data to pour over including comparative SportsMEDIA Technology (SMT) data.

“We have all the data these days. ‘Oh, he’s doing this different as a driver. He’s doing that different. His car is allowing him to do that, where I do that and I can’t. My car is not allowing me to do that,’ ” Logano said.

“So, it’s a little frustrating sometimes because you can see it and you’re like, ‘Oh, I just have to do that,’ but you can’t do it.’ So, you know what you’ve got to get to. I guess it gives you a good goal and a good baseline to try to get off of.

“He’s driving a Ford as well, so we know it’s possible, we just have to get to that point.”