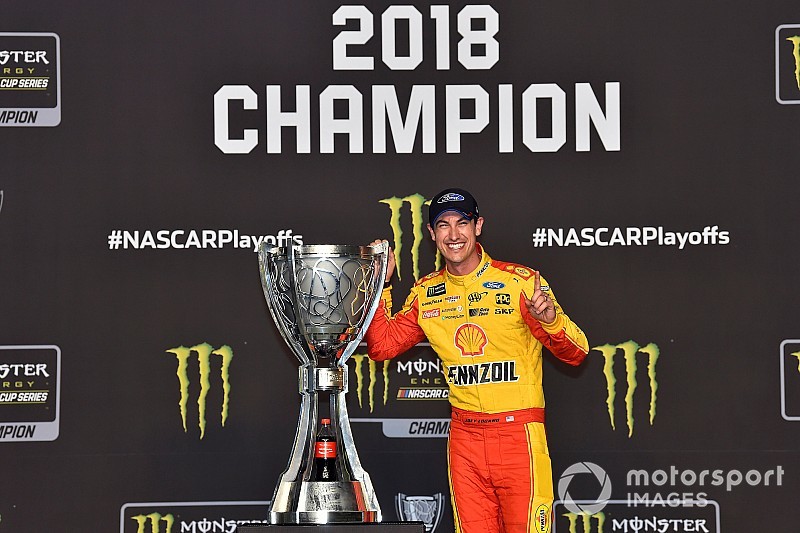 Joey Logano is a firm believer that winning a Monster Energy NASCAR Cup Series championship is much more than a one-man job.

To help illustrate that point, Logano – with a helpful suggestion from friend Coleman Pressley – has decided to allow every member of his No. 22 Team Penske crew to house his championship trophy for one week.

“They can do whatever they want with it,” Logano said Monday at a preseason media event at Charlotte Motor Speedway. “I don’t care. Take a cool picture. Eat Cheerios out of it – do whatever you want. Kind of like the Stanley Cup.

“That’s been fun to see some of the photos. It’s definitely been a fun experience for them because it’s all of our first championship. None of us had won a championship before.

“It’s a very special thing to see that.”

Logano said Pressley asked him in the offseason what he planned to do with the trophy and the best he could come up with was, “Put it in the house somewhere.”

“He brought that (idea) up and I was like, ‘Perfect. Done.’ You can’t do this on your own,” Logano said. “You can’t win a championship on your own. You can’t even go around the race track on your own.

“It was the least you can do. It’s a cool thing for them to be able to have the trophy.”

NASCAR prohibits all members from gambling on its events