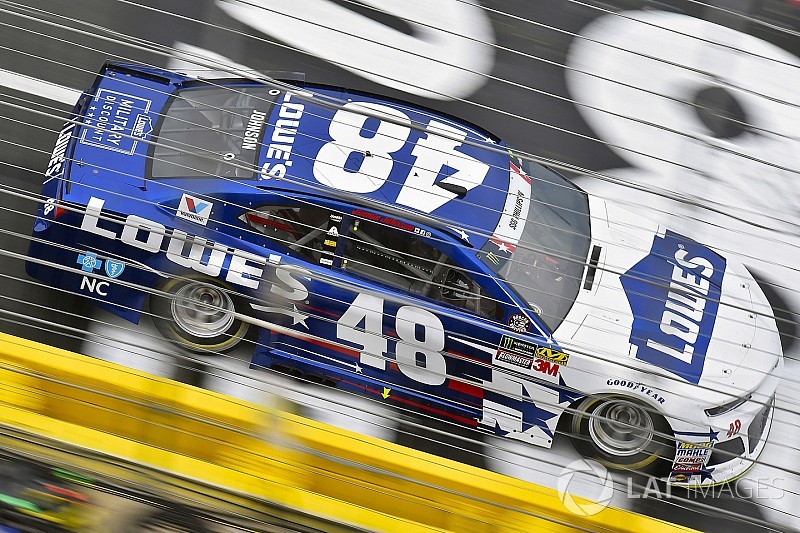 Johnson overcome contact with Denny Hamlin early in the race and a change with his car to rebound and score his best finish since coming home third at Bristol.

Johnson ran as high as third in the race but was still looking for more.

“It was a good day for us,” said Johnson. “Highly frustrating probably about the halfway point of the race and we made some small adjustments that took out about half a second out of the car and we didn’t know where the heck it went.”

Johnson added that after he went back out on the track his No. 48 Hendrick Motorsports team realized they needed to change the car back to the way it was. That proved to be the correct move by his crew chief Chad Knaus.

“Through some heated conversations, we put it back and the half-second came back and I drove it back to the top three and finished fifth,” Johnson said.

It’s been well documented this season the struggles most Chevrolet teams have had dialing in the new Chevrolet Camaro body style and Johnson felt they are getting better with the car but there is little room for error.

“Unfortunately the sweet spot of the car is too small and even when we’re in it, we’re still not where we want to be or where we need to be,” he said. “This just shows all the hard work Hendrick Motorsports has been putting into (the car).”

Although Johnson said it was a good day for his team, he also ready to return to Victory Lane, which he hasn’t visited for over a year.

“It feels good, but damn, I want to win,” he said. “I’m tired of running fifth, I’m tired of running whatever it is. We had to overcome a lot tonight. Really proud of these guys. Wish that I could have got this special paint scheme into Victory Lane with the soldier we were carrying on the car today.”