Kasey Kahne on health: “It’s just better off for me to stay home" 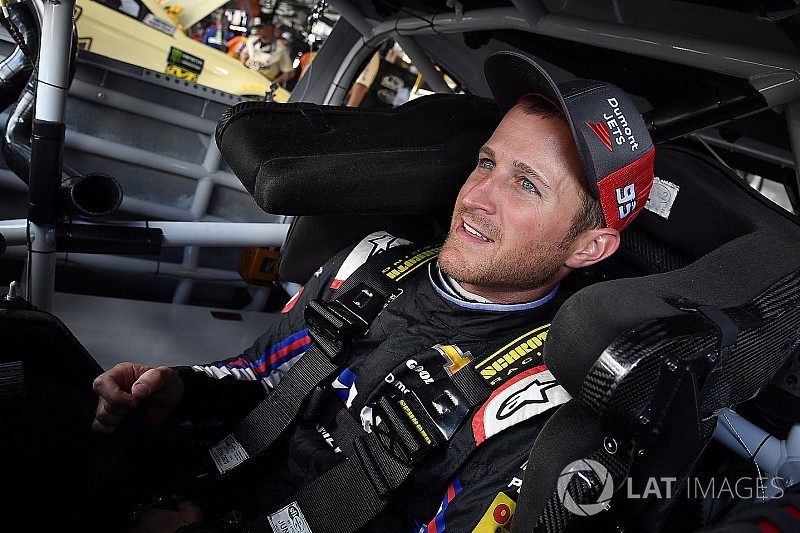 Kasey Kahne said he’s been dealing with heat exhaustion issues at the end of the NASCAR races since last season but last weekend’s race at Darlington (S.C.) Raceway “was the worst that it’s been.”

“About halfway through the race, I got to a point where I couldn’t drink anymore and once you’re at that point you’ve already lost more fluids than what you are able to put in,” Kahne said Friday of his Darlington experience.

“With about 100 (laps) to go, it was really hard to keep my eyes open. I was struggling to do that and I was trying to control my heart rate because it was so high. I just kind of laid in the car and drove around the corners and tried to do as little as possible to get my heart rate to go down.

“At that point, I was focusing more on my body and my health and not on what I actually should be focused on, and that’s racing.”

Kahne got sick several times on the way to the Darlington care center, was sick at the care center and ended up receiving IV fluids in both arms.

“I was sick the whole drive home and it’s just been a rough week. I would much rather be at Indy but at this point I need to figure out how to finish these races,” he said. “I have to figure it out before I get in (the car) again and do it.”

Leavine Family Racing announced Thursday night that Kahne, the defending champion of the Brickyard 400, would sit out the event this weekend while dealing with heat exhaustion issues lingering from the Darlington event.

Regan Smith will drive the team’s No. 95 Chevrolet in Sunday’s race.

Kahne, 38, said he’s undergone several medical tests this week as doctors try to find a cause for this persistent problem which has steadily grown worse.

He admitted that the issue played a role in his decision announced last month that he would step away from fulltime NASCAR racing at the conclusion of the 2018 season.

Kahne said through discussions with other competitors, he hasn’t found anyone with the same problem he’s experiencing, particularly one that progressively gets worse.

“Drivers certainly have issues with hydration but for me it’s every week and I don’t hear anybody else like that,” he said. “I learned a lot at Hendrick Motorsports about things to help me hydrate and prepare for races but they don’t seem to help me that they help others.”

Asked about starting the car and then exiting once he began to feel ill, Kahne said he would prefer to get the issue resolved.

“Last week with 100 to go, I definitely shouldn’t have been in the race car anymore and I stayed out there and put my body through it and it was really difficult,” he said.

“It’s just better off for me to stay home and figure out how to help the situation before I get back in the car.”

Matt DiBenedetto to leave GoFas Racing after the 2018 season