Kahne ends up short of the win, but "we had a really good shot at it” 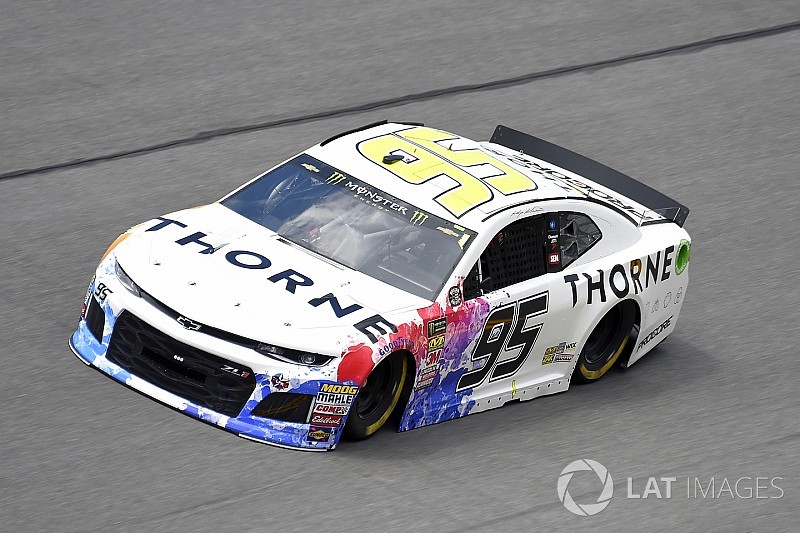 It wasn’t a win, but Kahne’s fourth-place finish felt close to a victory for Leavine Family Racing as they survived a wild race for their first top-five finish this season.

Kahne led 17 laps and going into the last stag, appeared to have a car good enough to challenge for the win. He was battling Martin Truex Jr. for the lead on the final restart in overtime before Erik Jones made his decisive pass on the outside for the win.

“I needed to get back to the lead and I never got there,” said Kahne. “I just about cleared Martin (Truex, Jr.) off of (Turn) 2. But he just barely hung on my left-rear and pulled me back a bunch.

The Enumclaw, Wash., native was happy with the finish in this race and the recent results from his team after making a crew chief change with Jon Leonard taking over the reigns at Sonoma, Calif., last month.

“We ran, I think, fourth and fourth in the final two stages there, so that is great for our team,” Kahne said. “We were great in Sonoma, good here, we keep fighting and the guys do their job. We just need to keep getting more consistent, but we are getting there slowly, but surely.”

The fourth-place finish was the first top-five for Kahne since his win last year at Indianapolis Motor Speedway while he was still at Hendrick Motorsports.

“Our Thorne Chevrolet was awesome,” said Kahne. “It was great. I figured it out in the second stage - I knew that we had a car capable of winning if I did the right things with it.

“I had opportunities to get to the lead. We stayed there at a time but just didn’t figure it all out at the end there. I knew I had a shot. I knew I had a car capable. It was just a matter of where I put it and the places I put it in and we ended up fourth, so not good enough.”

Stenhouse: "I was frustrated with myself causing crashes like that"