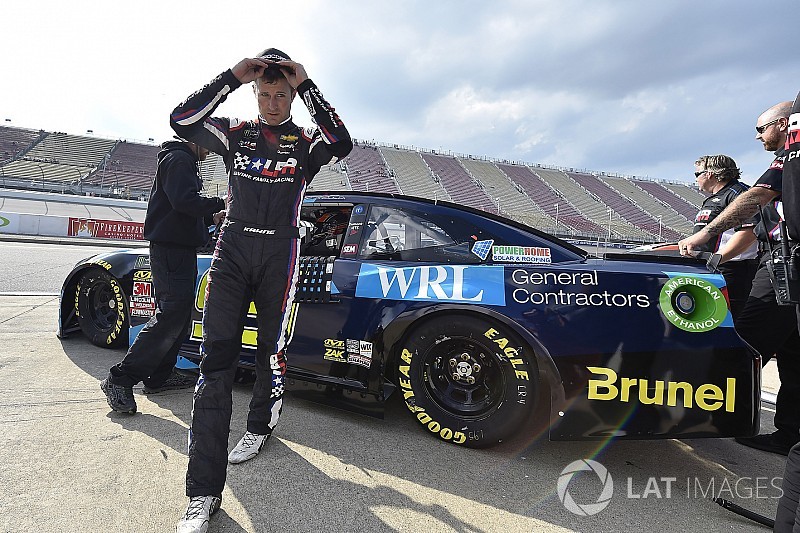 “It has been on my mind for a while. Truthfully, the last two years at Hendrick and then the year here at (Leavine Family Racing) just like as far as competition, I haven’t been as competitive as what I want to be,” Kahne said Friday at Bristol.

Kahne posted a message on his Twitter account on Thursday saying he had declined an offer from LFR to continue racing in the No. 95 for two more years.

Motorsport.com also reported on Friday that Kahne had also declined the chance to talk about an upcoming opening in the No. 41 team at Stewart-Haas Racing.

“We were working together for the season and it was going to keep getting better. There was money there, there were a few other offers that I had received over the last month and just options that we could talk about, things like that,” he said.

“It felt really good to have that, but at the same time it wasn’t necessarily about that anymore and I didn’t feel that I could seriously race all of next year and be completely committed 100 percent.”

Kahne, 38, said he wanted to be able to spend more quality time with his son, Tanner, and “back off” of a grueling schedule in a sport in which he was not as competitive as in previous seasons.

So far this season with LFR, he has one top-five finish, when he was fourth at the July race at Daytona International Speedway.

“My mind is always in racing. It’s all I’ve thought about for 25 years. It’s all I’ve wanted to do and figure out how to get better as a driver, as a team, understanding the cars, all those things,” Kahne said.

“That is all that has been on my mind. So, just back off of that a little bit I think will be really refreshing and be really good for me and my family, friends, things like that.”

As for going forward, Kahne still plans to compete in “40 to 50” sprint car races next year over a span of about three months and pursue other business opportunities.

He has also told LFR that he would be glad to help in their process of selecting and moving on to a new driver next season.

“I see a few guys out there that could probably fill that spot and do a really nice job,” Kahne said. “I also have a great relationship with the sponsors that we’ve built this year and that they were building when I got into the car. And it would be great to keep those relationships going as well.”