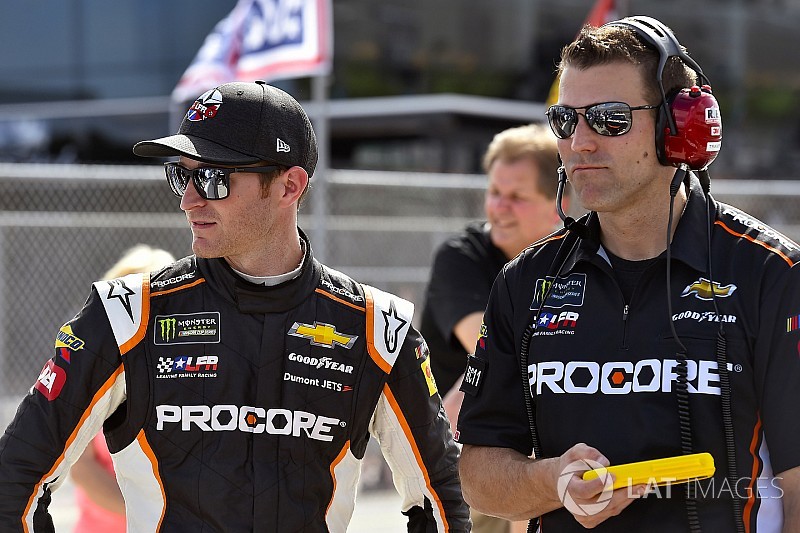 Kasey Kahne says he was not behind the recent change of his crew chief in the Monster Energy NASCAR Cup Series.

Last week, Kahne’s Leavine Family Racing team named Jon Leonard, the team engineer, as interim crew chief, replacing Travis Mack, who had to the No. 95 Chevrolet team from Hendrick Motorsports, where he served as car chief for the No. 88 team.

Leonard had served as a crew chief for five races for the No. 95 at the end of last season for the team’s driver at the time, Michael McDowell.

“Me and Travis actually were fine,” Kahne told SirusXM Radio in an interview with host Dave Moody Thursday afternoon. “We got along fine. We worked hard together. I thought Travis was really open to my feedback and working with me.

“I was open to him and the direction he was pushing along. He was learning a lot and working hard at the same time with the team on a race weekend. I was behind Travis the entire time.”

Reason behind the change

So what went wrong?

“He and Bob (Leavine, team owner) didn’t see eye-to-eye in a few areas and I feel like they got off-track with each other more than anything else,” Kahne said. “Because of that, they made a change.

“Overall, Bob is looking at the big picture; looking at things that will help our team the rest of this season and in the future. That was something that he thought he needed to make a change with.

“I’m not against what Bob did because he’s our boss and I’m really happy to have a job and I enjoy racing where I’m racing. That was more between them.”

Kahne finished 20th in Sunday’s race at Sonoma (Calif.) Raceway, just the sixth top-20 finish for the team in the season’s first 16 races.

“Now I’m with Jon and I’m going to do everything I can to work with him and the rest of the team like we already have all season,” Kahne said. “Jon’s been our engineer so it’s not a huge difference in that side.