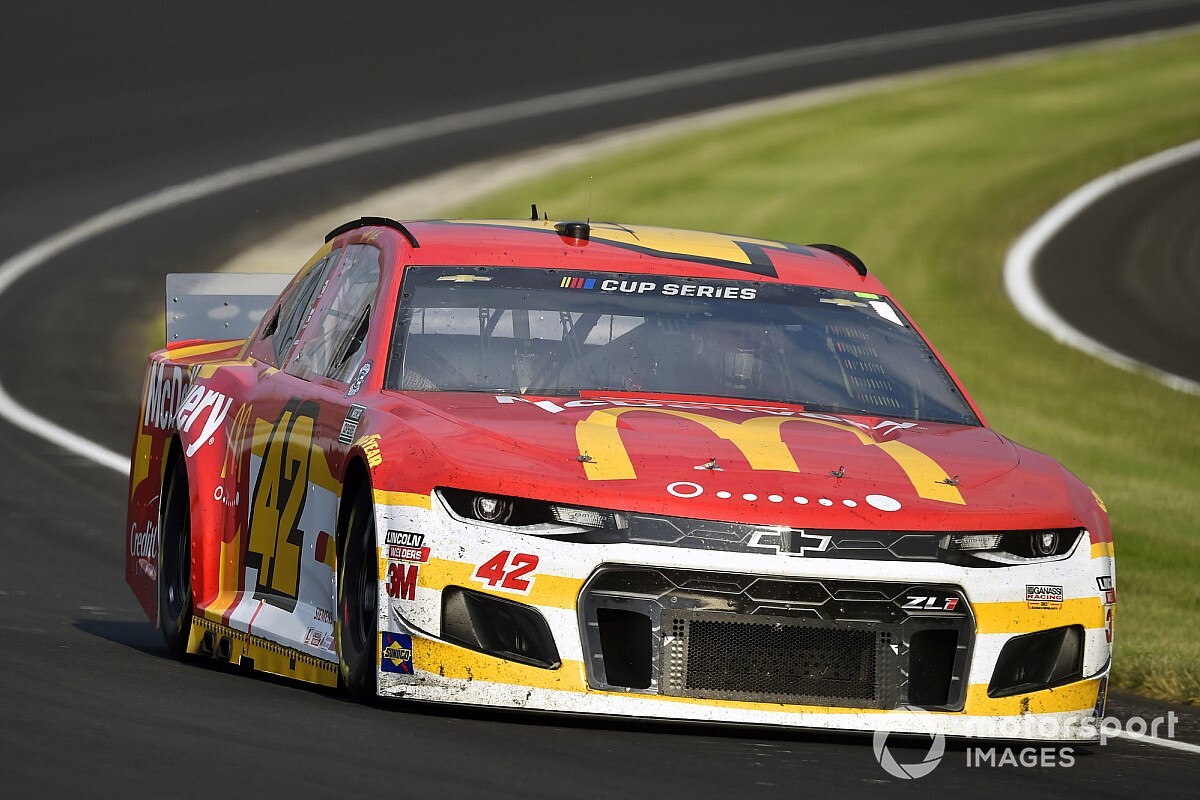 Kenseth, 48, stepped into the No. 42 Chip Ganassi Racing Chevrolet in May after Kyle Larson's firing.

In his first race back, the veteran driver scored a top-ten finish at Darlington. But since then, it's been a disappointing string of results with nothing higher than 15th until the Pocono doubleheader. There the CGR team seemed to find something, finishing 11th and 12th in the two races that weekend.

At IMS, they led 12 laps and were runner-up in the Brickyard 400. Despite the effort, Kenseth admitted that the day "certainly wasn't flawless."

He added, "I could have done a little bit better on a couple of those restarts, particularly the last one.  But I feel a lot more comfortable than I have been for sure. I think really Pocono was a big step forward for us. It was the first time, our finishes don't look spectacular, 11th and 12th, but we've been finishing 20th and 25th. Obviously it's a much better car and team than that.

"I feel like we had done some stuff at Pocono that really seemed to work for me and directionally seemed to be better. The car drove pretty good here the whole entire day, too. I'm hoping we can just carry that momentum into Kentucky, just keep moving forward with that. Hopefully get to the front like we did today, running up front where this team belongs."

Kenseth's result moved him up to 28th in points, but to make the playoffs the No. 42 team will need to win. IMS was a stepping stone towards that goal with ten races remaining in the regular season.

"Whenever you run well, you build more confidence, not just for myself but for the team and everybody involved. Running bad has an opposite effect. Certainly we had a good day starting off at Darlington. I was super sloppy and rusty, we still finished 10th.

"Just kind of downhill from there. We went back and were a little faster. I hit the wall, got a bad finish.  Nothing was going really well.  Like I said, we had a couple decent races last weekend with no mistakes, no problems, no issues, got decent finishes. Today we were able to be competitive, run up front. (Crew chief Chad Johnston) had great calls, really good calls. Gave me everything I needed to win the race.  I'm a little disappointed I couldn't get it done honestly. Had the best tires, gave me good track position. Couldn't quite get the 4 car (Harvick).

"When you run well, it builds confidence. But you have to go out and do it each and every week."

The series now heads to Kentucky Speedway, one of the newer tracks on the circuit and a place where Kenseth has previously won at in 2013.