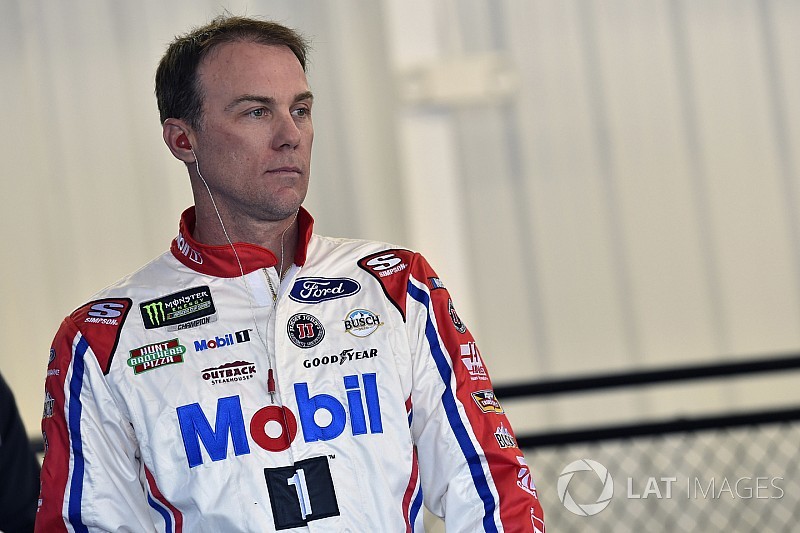 Kevin Harvick has put himself in the best position to earn his first Monster Energy NASCAR Cup Series victory at Pocono Raceway.

Harvick went out early in the final five-minute session of qualifying and bolted to the top spot with an average lap speed of 177.750 mph to claim the pole for Sunday’s Gander Outdoors 400.

Pocono is one of just two tracks (Kentucky is the other) on the current Cup series schedule on which Harvick has never won a race.

“It was really about putting all those corners together in the first two rounds,” Harvick said. “I still didn’t get it all right in the final round but it was a lot closer than the first round.

“It’s a lot of fun driving these cars. And the guys working on these cars are so good at what they do and working on the details on a week-to-week basis and just don’t ever quit and just keep pushing ahead. That’s what it takes.

Under the impound rules for the condensed Cup weekend schedule, if any car failed its first attempt through post-qualifying inspection, it would have its qualifying speed disallowed. Additional failures would result in the loss of team members.

Jones rocketed to the top of the leaderboard in the second round with an average lap speed of 176.672 mph.

Byron ended up a surprising second (176.571 mph) and both drivers topped Harvick (176.519 mph), who was fastest in Round 1. Larson was fourth and Keselowski completed the top-five.

Also advancing to the final round were Suarez, McMurray, Logano, Austin Dillon, Elliott, Hamlin and Kyle Busch. Dillon and Larson were the final two cars to attempt a lap in the 10-minute session.

Among those who failed to make the cut were Kurt Busch, Martin Truex Jr., Jimmie Johnson, Ryan Newman, Ryan Blaney, Aric Almirola and Alex Bowman. Truex won the June race at Pocono while Blaney had won the pole.

“I wish we were starting better for my 600th start,” Johnson said. “It’s been an honor to drive these cars for Hendrick Motorsports. Hopefully, we’re sitting on a good race set-up.”

Even though he bobbled on his run, Harvick still easily paced the first round of qualifying, with an average lap speed of 176.170 mph.

“That was a unicorn lap,” Busch said over his team radio.

Rounding out the Top 10 were Newman, Suarez, Larson, Logano and Menard.

Among those who failed to advance were Chris Buescher, A.J. Allmendinger, Ty Dillon and Ricky Stenhouse Jr.

Stenhouse had to abort his first qualifying lap attempt as he told his team he was so loose he “was about to wreck.” He returned to pit road for adjustments. He made it out to register a lap just before the conclusion of the first round but ended up 30th.

“Car's not driving very good, and it has no speed, so we’re really just struggling,” Stenhouse said. “We came here with hopes of being better, but we’re not much different than we were the first time we were here this year.”

Buescher, who won his first series race at Pocono, said he believed his No. 37 Chevrolet was fast enough to advance.

“I didn’t get through (Turn) 2 as good as we needed to,” he said. “We didn’t get a qualifying run in during practice.”