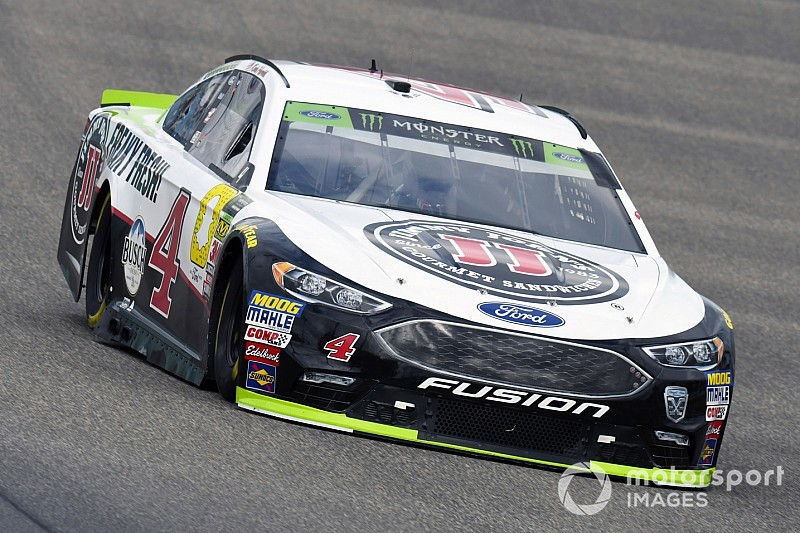 Kevin Harvick took an early lead in the 2018 NASCAR Cup Series title race with a victory in Stage 1 at Homestead-Miami Speedway.

Once he took the lead, Harvick built up a big lead and held off Kyle Larson by 2 seconds to claim the stage win.

Hamlin, the pole-winner, took early command of the race and built up a more than 3-second lead over Kyle Busch through the first 25 laps. Logano was third, Harvick fourth and Truex was fifth.

On Lap 34, Harvick moved up to third as Logano dropped to fourth and Truex ran in fifth.

Several teams began a round of green-flag pit stops on Lap 36 in order to have enough fuel to make it to the end of the first stage. The title contenders joined them beginning on Lap 37.

Once the cycle of stops had completed on Lap 42, Hamlin remained in the lead and Harvick moved into the runner-up position.

Two laps later, Harvick moved into the race lead for the first time in the race.

With 30 laps remaining in the first stage, Harvick had built up a more than 2-second lead over Hamlin with Kyle Busch running in third.

Harvick extended in his lead to over 4 seconds over Kyle Busch with 20 laps left in the stage. Hamlin had dropped to third.

With 10 laps left in the stage, Harvick continued with a big lead over Larson, who passed Kyle Busch to move into second. Busch was third, Logano fourth and Hamlin dropped to fifth. Final title contender, Truex, was running sixth.

Larson cut Harvick’s lead down to 3 seconds with five laps remaining in the first stage.