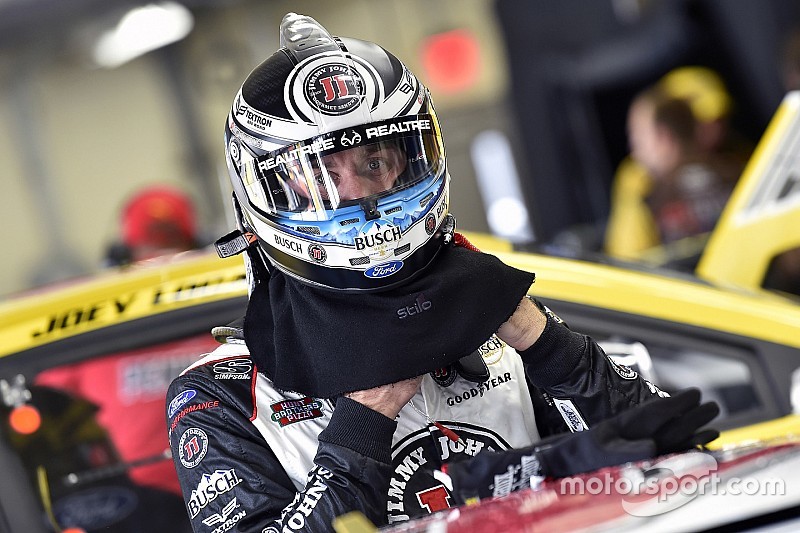 Harvick, who leads the way in the series with seven wins, started the 2018 playoffs with a wreck and 39th-place finish last weekend at Las Vegas.

The pole is Harvick’s third this season and 24th of his career.

“We didn’t do any qualifying runs in practice,” Harvick said. “After we ended our last race run, huge credit to the race team for putting the qualifying set-up underneath it.

“Aric (Almirola) came here and tested and (we) kind of had a baseline for where we needed to shoot for, for targets and things like that.”

Asked about his qualifying performance that saw him no better than 11th through the first two rounds, Harvick said that was "part of the game here."

"I think we made some good adjustments on making the car better and for me just getting more confidence in how fast I could let the car roll and stay in the throttle up off the corner," he said. "In the first round we didn’t really know what we had and ran a lap less than a lot of the faster guys.”

Denny Hamlin ended up second (121.847 mph) and Martin Truex Jr. was third (121.529 mph). Ryan Blaney was fourth and Daniel Suarez, who was fastest in the first two rounds, completed the top-five.

Suarez kept up the pressure, again posting the fastest average lap speed in the second round (122.928 mph).

None of the four drivers from Hendrick Motorsports were able to move out of Round 2, with Alex Bowman topping the organization at 14th-fastest.

Suarez led the way in the first round of knockout qualifying as two playoff contenders failed to advance to Round 2.

Also in the Top 10 were Jones, Elliott, Kyle Busch, McMurray and Almirola.

Busch made contact with the wall during his final qualifying lap attempt and his No. 18 Toyota appeared to suffer minor damage.

Clint Bowyer (25th) and Austin Dillon (28th) were only drivers in the playoffs who failed to advance to the second round.

Among the others who failed to advance were Darrell Wallace Jr., A.J. Allmendinger, David Ragan and Ty Dillon, who had been fast in Friday’s practice sessions.

Take a virtual lap around Richmond Raceway, courtesy of NASCAR Heat 3, which you can order now: