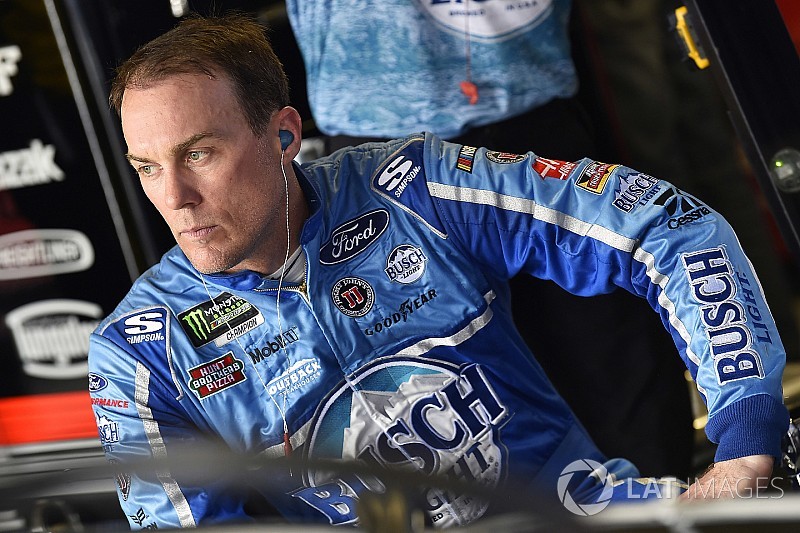 Kevin Harvick was fastest in what turned out to be a much-shortened practice session in preparation for the NASCAR All-Star Race.

Despite multiple attempts and combining the drivers already qualified for the All-Star Race with those for the Monster Open, persistent rain left very little time for practice Friday at Charlotte Motor Speedway.

Harvick’s average lap speed of 170.406 mph ended up being the fastest and he ran just four laps. Jimmie Johnson got the most laps on the track (five).

Only 12 drivers locked into the All-Star field made a lap at speed on the track for practice.

Aric Almirola, who ended up sixth-fastest overall, was fastest among the drivers entered in the Monster Open. He will start on the pole for that race since qualifying was rained out on Friday afternoon.

Roundtable: Is Harvick the one to beat in NASCAR's All-Star Race?