Kevin Harvick: "Why is the championship race at Homestead every year?" 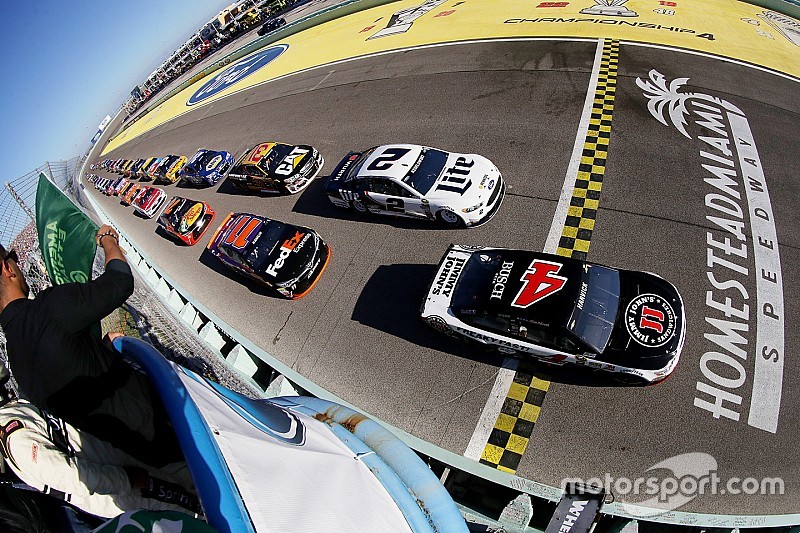 Kevin Harvick clearly has spent a lot of time thinking about how to shake up NASCAR’s stagnant race schedule.

NASCAR is currently in the midst of five-year scheduling agreements with tracks in all three of its national series, which were done in hopes that the continuity would enable tracks to promote and plan more effectively.

A side effect is that the agreements basically lock NASCAR into the same schedules for five consecutive years with little opportunity to make significant changes.

While Harvick, who enters this weekend’s Monster Energy NASCAR Cup Series as the No. 2 seed, may not end up a fan of competing on the new Roval race at Charlotte Motor Speedway, he points to it as an example of what more unique events can bring to NASCAR.

“What's the most talk this season most talked about race this season? That we have or haven’t run. The Rovel probably right? That’s really in my mind and hopefully something that everybody sees is you need more unique events,” he said during this weekend playoff media day in Las Vegas.

“Is that best for us? I mean, I don’t think so. I think it would be better to rotate around.”

The importance of having unknowns

While typically the sport’s participants are not fans of going into races with a lot of “unknowns,” those question marks generally are what pique fans’ interest.

“I literally don't even know where to start. You think you might, but nobody's running side by side through Turns 1, 2 and 3 on a restart, you know what I mean? I'm not 100 percent sure on how exactly I get off pit road.

“Those are good things, you know, as a competitor, you may not may not necessarily like them, it may not be the track that we would have designed on a piece of paper and done it this way, but the buzz in Charlotte – you never hear anybody talk about the (fall) race there, but now there’s just a buzz about this Roval race because it’s different.”

Take a virtual lap around Las Vegas Motor Speedway with the No. 78 Toyota Camry of Martin Truex Jr., courtesy of NASCAR Heat 3, which you can order now: