Round 2 of the NASCAR Cup Series playoffs kicks off this weekend at Las Vegas with Kevin Harvick still on a roll that doesn’t look like it’s going to slow down anytime soon. 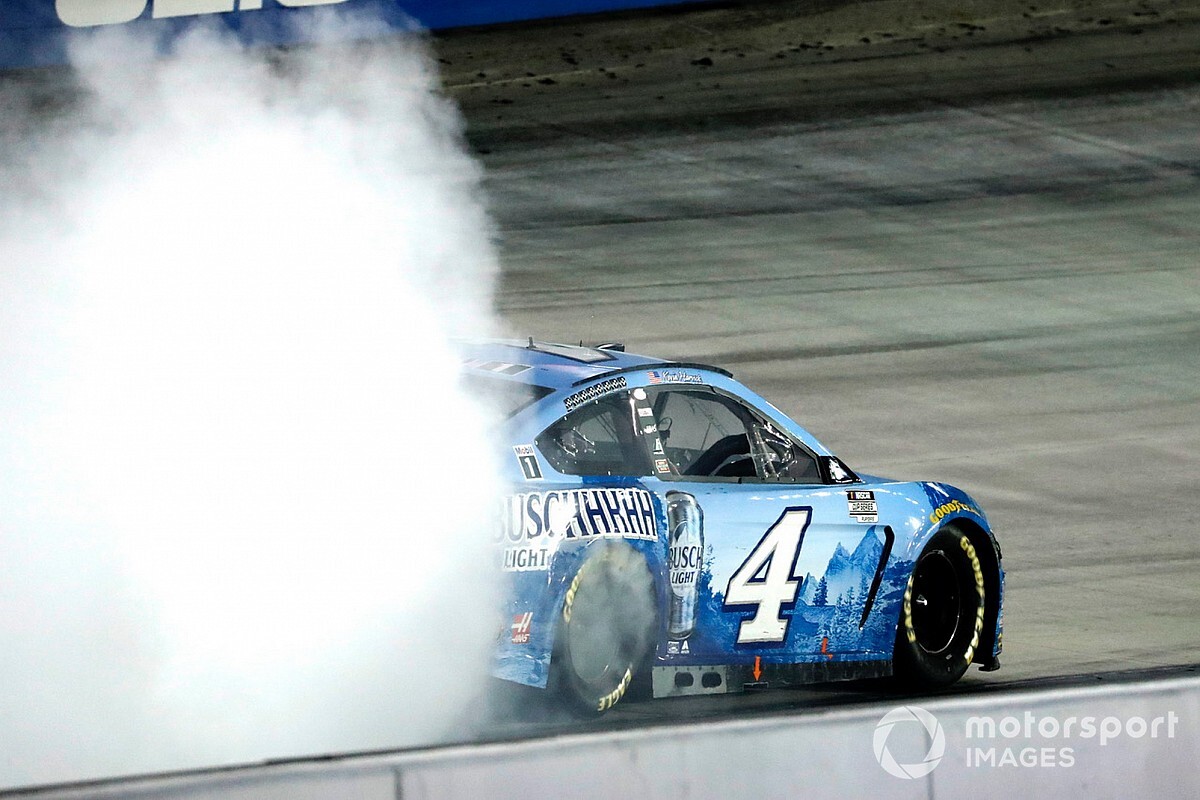 Harvick and his No. 4 Stewart-Haas Racing team set a blistering pace in the first round, winning at Darlington and Bristol and finishing seventh at Richmond.

Through 29 races so far this season, Harvick has been ranked third in the series standings (following the first three races) or first (following every race since Phoenix).

With a career-best nine wins so far this year and a commanding series-best 52 playoff points even a difficult second round that features both Talladega and the Charlotte Roval doesn’t diminish Harvick’s confidence on the road ahead.

“I don’t think we lack any confidence. But I think as you look at every round, even this round, every race can be a challenge, and that’s how we approach it,” Harvick, 44, said. “We’re confident that we can do what we need to do.

“Whether that’s good enough, you don’t know, and sometimes you have circumstances out of your control or you do something wrong and screw something up. So, you just never know. I think we all had a lot of faith in each other as team members, and we just go week to week and just battle and see where we’re at and go from there.”

Sunday’s race at Las Vegas looks like a pivotal one for the second round as a win would lock a driver into the third round regardless of their finish at Talladega and the Charlotte Roval.

Harvick, a two-time winner at Las Vegas, should once again be one of the favorites. He finished eighth in the spring race but did lead the most laps (92). He has seven top-five and 11 top-10 finishes at the track in 22 starts.

The biggest key to success this weekend, Harvick said, is for he and his team to remain focused on how they have approached every race this season.

“You don’t want to get out of rhythm, you don’t want to start thinking about what could happen or what did happen. You just go and do what you do on a week-to-week basis, climb in the car drive it as hard as you can,” Harvick said.

“Sometimes those weeks, and I think Darlington is a great example of that, we just kept ourselves in the race and wound up in a position that capitalized on winning the race so that we weren’t really in contention to win.

“You just want to stay in rhythm. I know for us staying in the rhythm and just thinking the same way that we have all year is the best way to do it for us.”

Kevin Harvick: "I’ve been punched in the gut a lot harder"

'Transformation' in Chase Briscoe leads to promotion to Cup

Harvick's advice to young racers: "It's just about the results"