KHI Management adds pair of Cup drivers to its stable

KHI Management, owned by Monster Energy NASCAR Cup Series driver Kevin Harvick and his wife, DeLana, has added a pair of Cup series drivers to its stable of athletes. 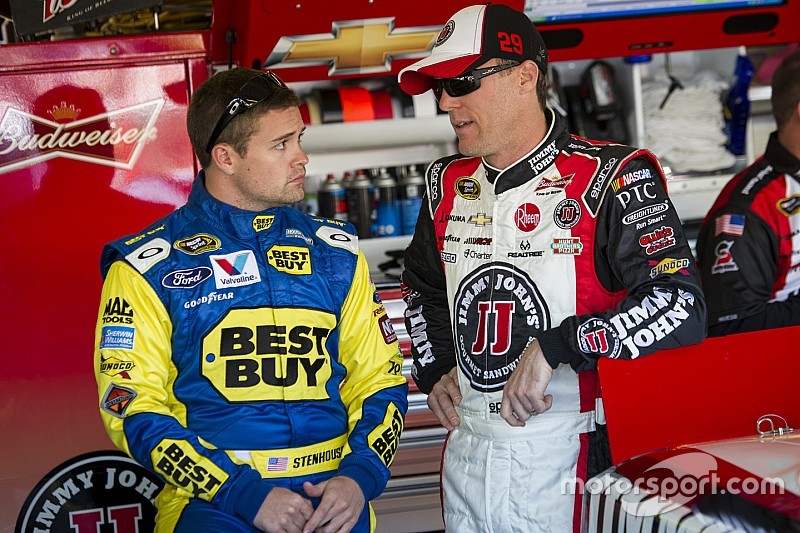 Veteran Ricky Stenhouse Jr. and rookie Ryan Preece have joined the KHI Management group, the only current Cup drivers outside of Harvick himself to be represented by the agency.

Preece, a native of Berlin, Conn., will be making his Daytona 500 debut this week driving the No. 47 Chevrolet for JTG Racing. The two-time Xfinity Series winner will also run four Xfinity races this year in JR Motorsports’ No. 8 Chevrolet, the first at Atlanta on Feb. 23.

“Over the last months, I’ve done a lot of thinking about everything and I need help,” Preece said during Wednesday’s Daytona 500 Media Day. “Kevin’s been a huge help and all his employees, everyone on the staff, they're fantastic.

“That was really the reason. It’s been so good to work with them. It’s something I’m going to enjoy. Kevin is a racer. I can go up to him and talk to him about car stuff. At least I can relate to everything when he responds to me.

Preece said he was looking for an agency as he begins his fulltime move to the Cup series, which is a whole different level than the modified racing which has been the cornerstone of much of his career.

“There’s just so much going on, I just felt like it was a good thing to do,” he said. “I don’t want to be trying to be not focusing on the race car aspect of it. They’ve made things so easy over the past couple weeks in getting be ready.”

Stenhouse, a two-time Cup Series winner, will begin his seventh full season behind the wheel of the No. 17 Ford for Roush Fenway Racing. The native of Olive Branch, Miss., is a two-time Xfinity Series champion (2011, 2012) and the 2013 Cup rookie of the year.

“I’m very excited to team up with the folks at KHI Management,” Stenhouse said. “What they bring to their clients both on and off the track is second to none.

“I really enjoy seeing the cross promotions they do with all their clients and sponsors and look forward to being a part of these for years to come.”

Harvick said Wednesday he is very proud of how his KHI Management group has grown in such a short period of time.
“It’s a lot bigger than I thought it would be at this particular point,” he said. “Adding Stenhouse and Preece and Vaughn Taylor from the athlete side, is a big step for us. From a NASCAR side it’s also the easiest step for us because everything that we do is already here.

“For me, the agency side of things has always been a little bit muddy. I feel like we’ve added a little bit of simplicity to it. From the NASCAR side, I feel we can add a lot to what those guys are doing. The golf side, that’s been a growing segment for us.”