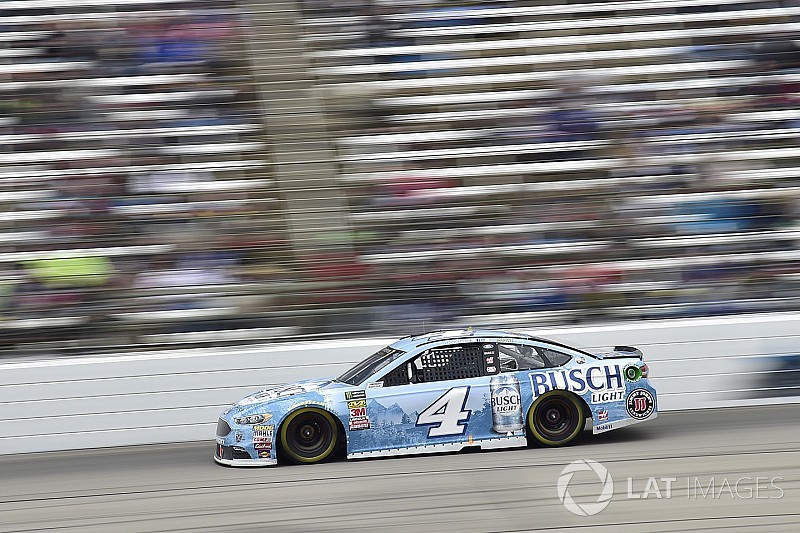 Entering Sunday’s O’Reilly 500 at Texas Motor Speedway, Harvick had won both races on 1.5-mile speedways this season and three of the last four dating back to last fall’s race at Texas.

He was in excellent position to do so again, dominating Stage 1. But in Stage 2, Harvick lost eight positions on pit road when a lugnut got stuck in the jack, then he was forced to make a green-flag pit stop several laps later for a loose wheel.

“We did overcome a lot. That was unfortunate. We had a pathetic day on pit road, two days on pit road because of pit guns,” Harvick said after the race.

“When you have a pit gun problem like we have multiple times and been able to overcome it and then today we couldn’t overcome it. Time after time you can’t get the lug nuts tight because the pit guns don’t work.”

On Lap 236, Harvick returned to the lead lap when he was the first car one lap down at the time of a caution but while making his pit stop, his team was penalized for an uncontrolled tire, which forced him to line up on the restart at the tail end of the lead lap.

With 55 to go, Harvick moved into the runner-up position and was cutting the margin on Busch with almost each passing lap.

Every driver still had to make one more pit stop and a final round of green-flag stops began with 44 to go. When the cycle was completed, Busch remained in the lead with about a two-second advantage over Harvick.

Harvick consistently made up ground in the final laps and was able to cut it to 0.300 seconds at the finish, but he never close enough to attempt a pass for the lead.

“Kyle’s car was good enough to where he could get out there and run pretty good in clean air,” Harvick said. “It took us the whole run to be able to get everything back together and do everything we needed to do to make up a position.

“We weren’t as good behind him as we were in front of him. His car would run fast enough. There is only so much you can make up.”