Kyle Busch turns Chase Elliott, admits "I made a mistake" 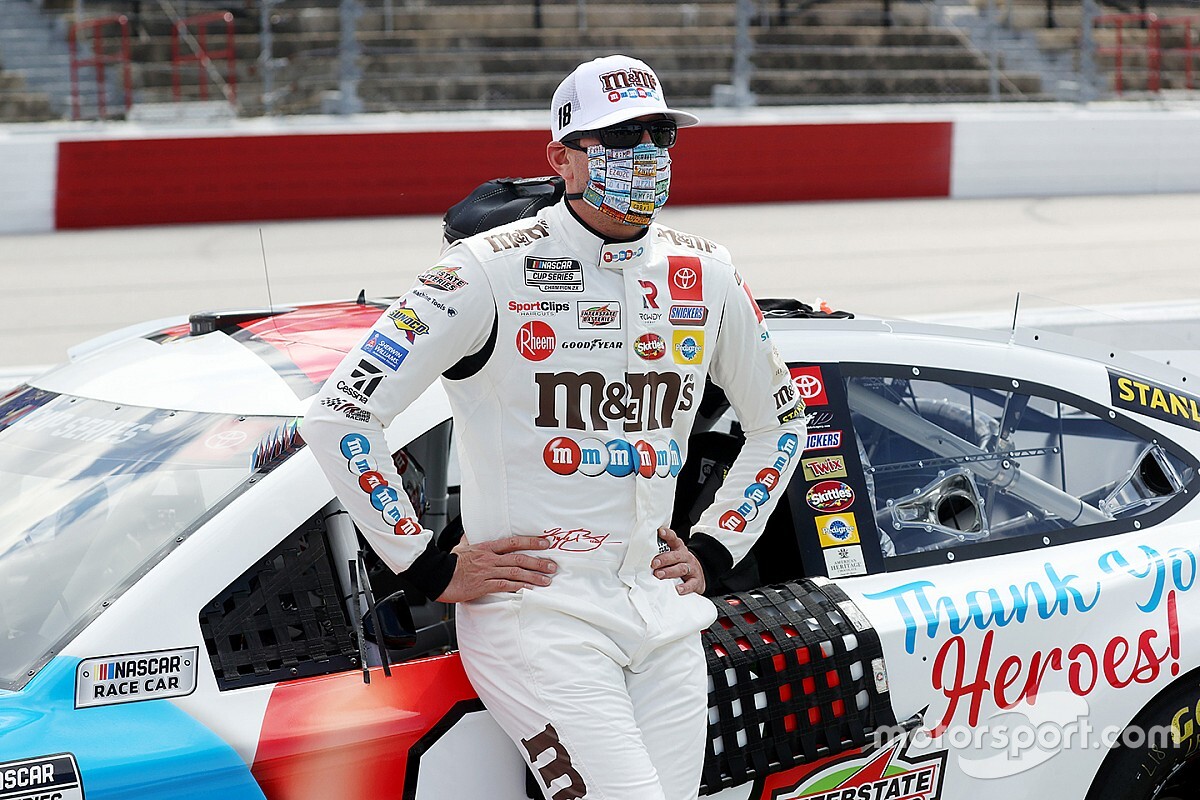 Kyle Busch and Chase Elliott came together in the closing laps Wednesday at Darlington (S.C.) Raceway as they battled for second place.

On a restart with less than 30 laps to go, Kyle Busch was charging with fresh tires and challenged Joe Gibbs Racing teammate Denny Hamlin for the race lead.

Hamlin, on older tires, was able to briefly hold him back, allowing Chase Elliott to get a run to the outside of Busch. As he was about to clear the reigning series champion and switch focus to the race leader, calamity struck as Elliott went spinning into the inside wall on the frontstretch. He then offered Busch the one-finger salute as the field paced by under caution.

The race would ultimately end there as rain showers quickly moved in, soaking the track.

Replays appears to show Busch turn right into Elliott's left rear. Busch later explained that he was trying to quickly force his way back to the outside lane before he was pushed further back in the running order.

"There's no question, I know I made a mistake. I just misjudged the gap," Busch told Fox Sports 1. "When we were racing there with the 11 (Hamlin) and the 9 (Elliott) had a run on him, I knew he was there and I knew I needed to get into line as quick as I could and in doing so, you know I watched him and his momentum as he was going by me and then I tried to look up at the mirror and see where (Kevin) Harvick was to get in and I just misjudged it.

"I made a mistake and clipped the 9 there and spun him into the wall. So I hate it for him and his guys. I mean I got too many friends over there on that team to do anything like that on purpose. I've raced Chase since he was a kid and never had any issues with him whatsoever so it was just a bad mistake on my part and we'll just have to deal with it later on."

Busch continued: "They're upset, they're mad. I'm not just gonna fix it and we're going to go have ice cream tomorrow, you know. Obviously they're going to have to dwell on it and the repercussions of it I'm sure I'm going to have later on down the road."

During the red flag for rain, several members of Elliott's pit crew appeared near the pit wall across from Busch's parked car, sitting there before being moved back behind the wall by security.

After emerging from the race car, Busch spoke with Elliott's crew chief Alan Gustafson. The two have a history as Gustafson spent time as Busch's crew chief from 2005 to 2007.

Gustafson gave his side of the story to Fox Sport's Matt Yocum soon after Busch's interview, saying: "Ultimately, he made a mistake and I get it. I don't think he intentionally wrecked us but you just get tired of coming out on the wrong end of those deals too often. I certainly feel like we were in position to win that race and (Hamlin) was in trouble on old tires and we were going to clear Kyle (Busch) obviously.

"You get tired of getting run over like that. His explanation I'm sure is accurate, but it doesn't change that all these guys worked their tails off on this NAPA Chevy and ultimately they deserved to win the race."