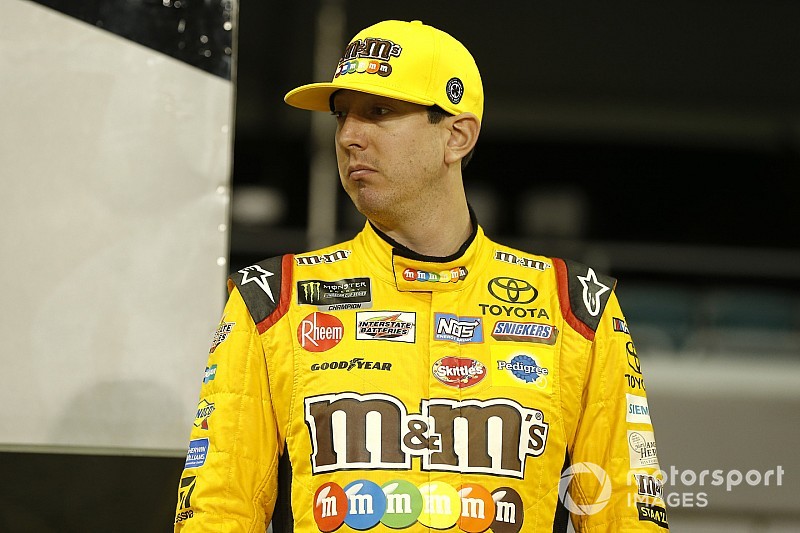 Even though Kyle Busch finished fourth in the Homestead-Miami Speedway finale, it put him last among the title contenders.

Kyle Busch has been part of the Championship 4 every year since 2015, but this is the first time he ended up last of the title contenders.

For the No. 18 team, the 400-mile race was an uphill battle. Between an ill-handling race car and slow pit stops, things just didn't seem to go their way. And even when things did, Busch wasn't able to capitalize on it.

"We finished fourth, last of the playoff guys. That’s not what it takes these days," he said after the race before later adding, "I don't know where we missed it.

"Just thought we were way closer than that yesterday and felt pretty decent about things, plus Happy Hour and the changes we were going to make overnight to get into the race, and today we weren't even close. Just no grip all night long, just sideways and no front grip ... on the long runs just couldn't enter the corners and not being able to turn the steering wheel. Overall just a frustrating night. Adam (Stevens) called a great race, got us in position luckily, and everything came to fruition. But when you're half a second off, you're not going to hold anybody back.

Even though he placed last among the Championship 4, he still finished fourth in the race itself, showcasing just how competitive this year's championship field was. In fact, this is the first time in the elimination format era where the finalists actually finished first through fourth in the finale.

Rolling the dice ... and it almost worked

During the third stage of the race, Busch's crew chief Adam Stevens rolled the dice. Instead of pitting with his title rivals during the final round of green-flag pit stops, Busch stayed out and pushed the run as long as he could. They gambled on a caution and they actually got it with just under 20 laps to go.

But despite the strategy seemingly falling in their favor, Busch still didn't have the car he needed to contend. On the ensuing restart, Martin Truex Jr. made quick work of him entering Turn 1. Joey Logano and Kevin Harvick got around him soon after, pushing Busch down to fourth for the remainder of the race.

Logano would go on to claim the championship after passing Truex with 12 laps remaining.

“That was just the fact of the matter of nobody giving up," Busch said of the strategy play. "Don’t give up behind the wheel and just keep driving and keep trying to swing a hail Mary and see what we could get. The strategy fell right in our lap and the pit stall fell right in our lap, but none of it meant anything if you don’t have a fast enough race car. I knew I was just a sitting duck on that restart. I figured I could hold them off for four laps or five laps maybe, but damn, not even a straightaway and they’re gone.

Todd Gordon: “We could go 15 laps I think better than anybody”