Kyle Busch: "We’ll take what we can get" after "sloppy" hometown race 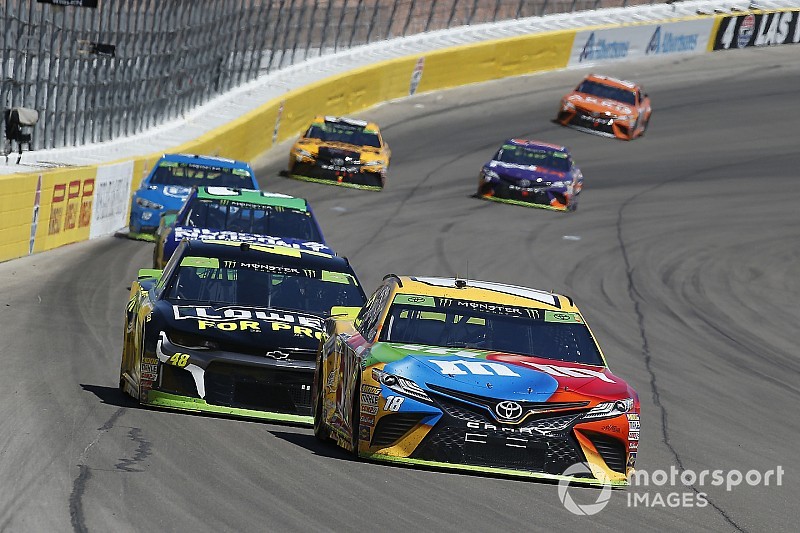 Kyle Busch may have finished a respectable seventh at Las Vegas, but the result did not come without difficulty.

Busch started the race from the outside of the second row, but drifted backwards early as he fought the handling of his race car.

“We’ve been struggling for four or five weeks in a row man, just something not right," he later explained. "I don’t know what it is. Bad aura or something right now and we need to switch that around or change that around – fix that up, clean that up, whatever. It’s not the time of year to be having that stuff." 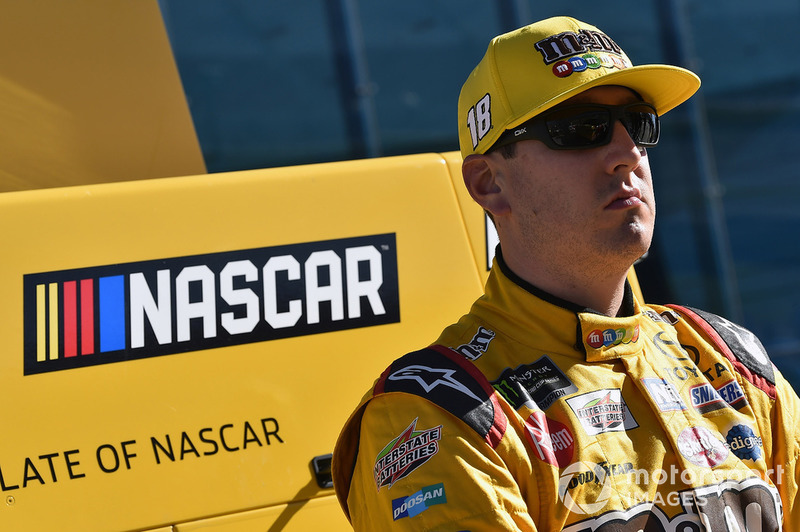 Busch's day was far from smooth, constantly mired in traffic and at one point, forced to spend extra time on pit road to repair some damage to the right front. With 35 laps to go, his race continued to spiral out of control, as did his car as he went spinning out of Turn 4 and through the infield gras.

Fortunately for Busch, the splitter remained intact through of the off-track excursion. A few laps later, his teammate Denny Hamlin would not be so lucky after spinning through the same area.

“It didn’t feel like it tore up the car that bad," he said of the spin. "I haven’t necessarily looked at it, but you would think it would cause a little bit of damage, but the guys got to work on it and tried to put it together the best they could. We just had kind of a sloppy day and this whole weekend we just didn’t unload very good."

In the closing laps of the race, there was a multitude of incidents, cautions and restarts which allowed Busch to creep back up the thinning field. On the final restart, he found himself up in tenth and one of just 18 cars still on the lead lap. In the mad dash to the finish, Busch was able to gain a few more positions and place seventh after the tumultuous day.

"It was certainly a lot better than we should have been," he admitted after the race. "Certainly, we thought we were going to run a lot better too even when we were up front – if we had the chance to be up front, our car just wasn’t very good and we would lose spots. Everybody was just faster than us. We just kind of missed it a little bit this weekend, all weekend long.

"Unfortunately, I feel like our stuff wasn’t that good, but the 20 (Erik Jones) had speed and we were better than him to start the race so I have no clue. Our M&M’s Camry guys did a great job fighting through that and getting me some good repairs and stuff like that on pit road. That’s what this time of year is all about is minimizing the bad days and being able to recover and come back. You don’t want to have the bad days, but when you do you have to turn them around and make chicken noodle soup out of something else. It’s all good I guess, but hopefully Richmond looks a lot better." 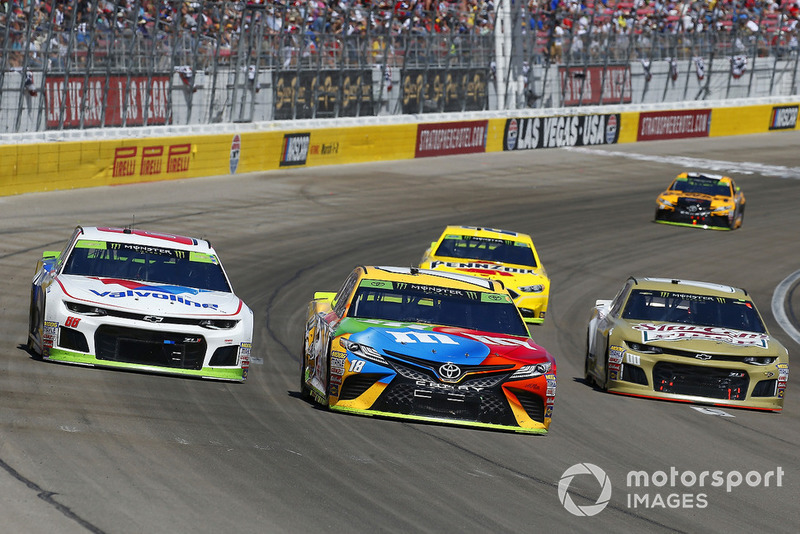 Busch leaves Las Vegas second in the series standings behind race-winner Brad Keselowski, but more importantly, 63 points ahead of the drop zone in Round 1 of the playoffs. And it was not lost on him how fortunate he was to come away from this race with the result he did.

“If you would have taken the finish from 20 (laps) to go, it would have been a heck of a lot different finish than it is now – there was a lot of racing and a lot of chaos happening the last few restarts. Good for us, a couple of those cars having trouble and getting pushed to the back and things happening the way they were obviously helped us and got us farther up front. If it wasn’t for those, we probably would have been 16th or so. We’ll take what we can get and hope for better days ahead.

He then added, "at least the finishes that we’re getting out of our days here are decent, they’re not great and they’re not where we want to be for sure, but all things considered today, seventh is good.”

Martin Truex Jr.: "We finished third with the best car”

Jack Daniel's teams up with the Kelly Gang