Kyle Busch's anger gets the best of him at Watkins Glen 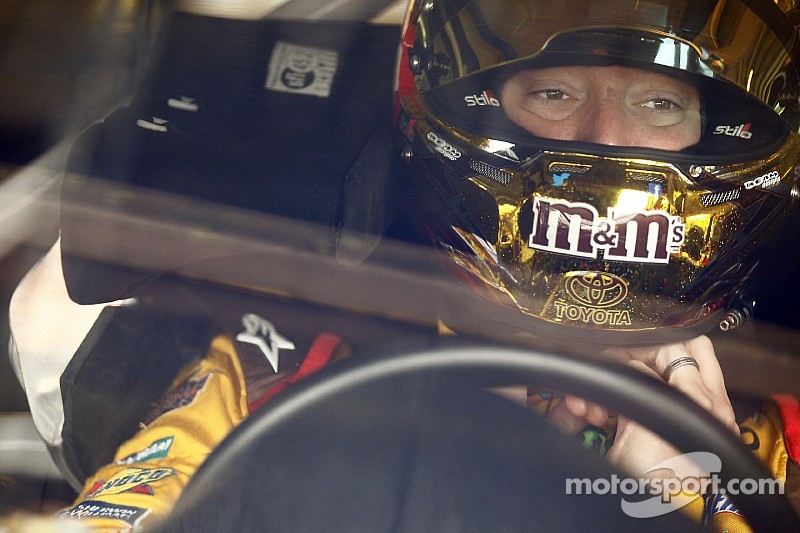 The term 'don't beat yourself' comes into mind here.

Kyle Busch started off the Cup race at Watkins Glen in the 19th position, hoping to defend his victory from 2013. However, it just wasn't meant to be.

He looked out of control early in the race, so the team called an audible and opted to make a pit stop. As he left, he took the fuel can with him. This resulted in a stop-and-go penalty. When told about it, Kyle Busch dryly responded, "how about we stop and not go?"

After the penalty, an angry Kyle Busch took out his frustrations on fellow competitors. He and Martin Truex Jr. got into it, slamming doors out of the chicane and into the carousel. Martin's girlfriend Sherry Pollex had this to say after the contact.

The collision resulted in fender, wheel, and suspension damage on the No. 18 machine. He took the car to the pits before prompty making a b-line for the garage, finishing 40th.

It's unknown whether or not Stewart will race this weekend