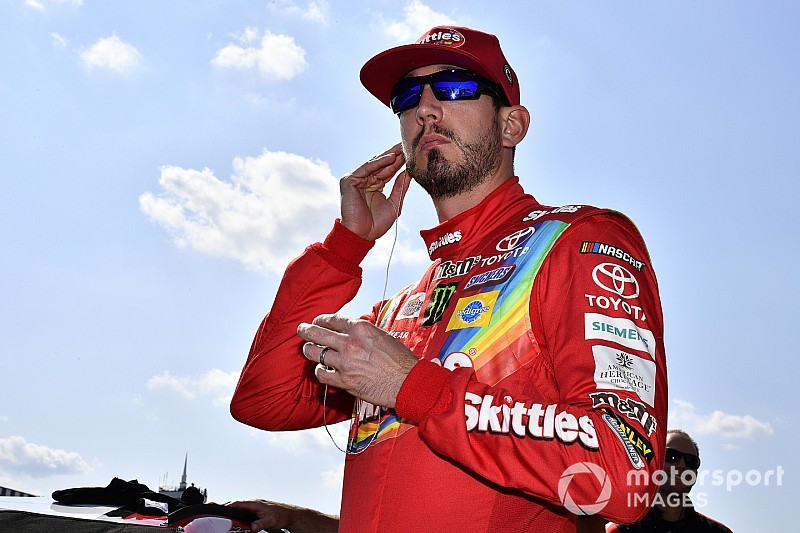 Busch came out with the lead following a round of green-flag pit stops and easily held off Joey Logano to take the stage win.

Harvick, who started on the pole, took command of the race early with Logano not far behind.

On Lap 6, Brad Keselowski brought his No. 2 Ford down pit road under green after he had tagged the wall and appeared to develop a tire rub.

After 10 laps, Harvick had opened up a 1.6-second lead on Logano while Kyle Busch ran third.

Alex Bowman dropped down to pit road to make his green-flag pit stop on Lap 15, the first to pit once they got within their window.

Kyle Busch and Jones made their stops on Lap 22 as Harvick continued to hold a 2-second lead over Logano. Truex and Clint Bowyer were the next to pit on Lap 23. Logano followed on Lap 24.

After 25 laps, Harvick remained out front with Hamlin now in second, followed by Aric Almirola, Kyle Larson and Daniel Hemric.

With 20 laps remaining in the first stage, Harvick had yet to make his pit stop and held a 2.2-second lead over Hamlin with Almirola in third.

After 35 laps, the top four in the running order still had not made their stop and Harvick held about a 1.5-second lead over Hamlin.

Harvick and Hamlin both made their green-flag pit stop on Lap 39.

Once the cycle of green-flag stop was completed on Lap 40, Kyle Busch led the way followed by Logano, Harvick, Truex and Larson.

After 45 laps, Kyle Busch maintained a more than 5-second lead over Logano with Harvick 7 seconds behind the leader.