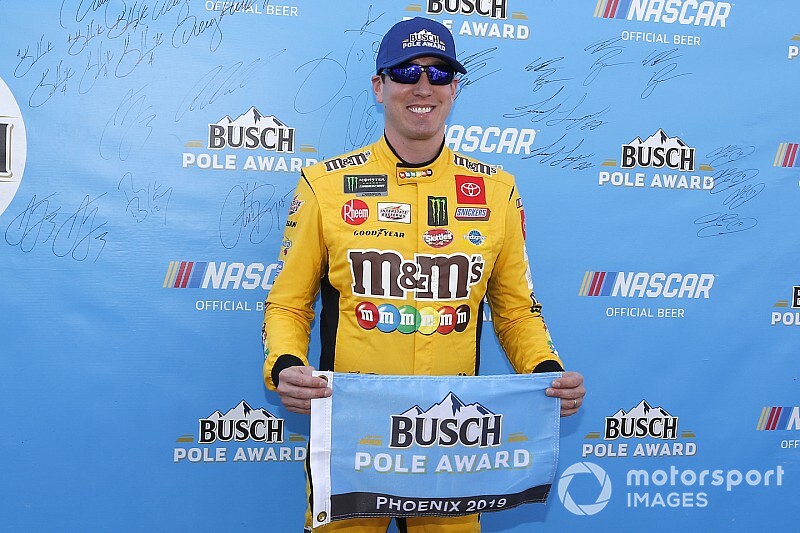 Kyle Busch’s first pole of the 2019 season could not have been better timed.

With an average lap speed of 140.116 mph, Busch withstood a late challenge from Joey Logano to win the pole for Sunday’s Bluegreen Vacations 500 at ISM Raceway near Phoenix.

While Busch is in good position to advance to the Championship 4 on points, the pole at Phoenix puts him in an excellent position to win his way to the finale. Busch has won the last two Phoenix races.

The pole is the 32nd of Busch’s NASCAR Cup Series career but first since last October at Martinsville (Va.) Speedway.

“I think this is actually the first race all year we made a mock (qualifying) run in practice, maybe there’s something to that,” Busch said. “The guys did a great job. We fight hard every week trying to figure out what we need to do to continue to improve and get better and a lot of others guys have certainly done that over the year.

“Hopefully today bodes well for tomorrow. I really don’t know. The schedule is all different with all practice all in one day and then just qualifying today. Overall, proud to start out front in this very important race and very important with track position and such.”

Reminded his closest competitor in the playoff standings, Logano, will start alongside him, Busch was asked his approach in keeping tabs on the No. 22 Ford.

“When we first rolled out in practice yesterday Logano was really good. We improved our car a lot from that and hopefully we can keep him behind us and not have to allow him to pass us and keep the track position that we need to keep.”

Each team had its car chief ejected for the remainder of the weekend and will lose 15 minutes of practice time next weekend at Homestead.