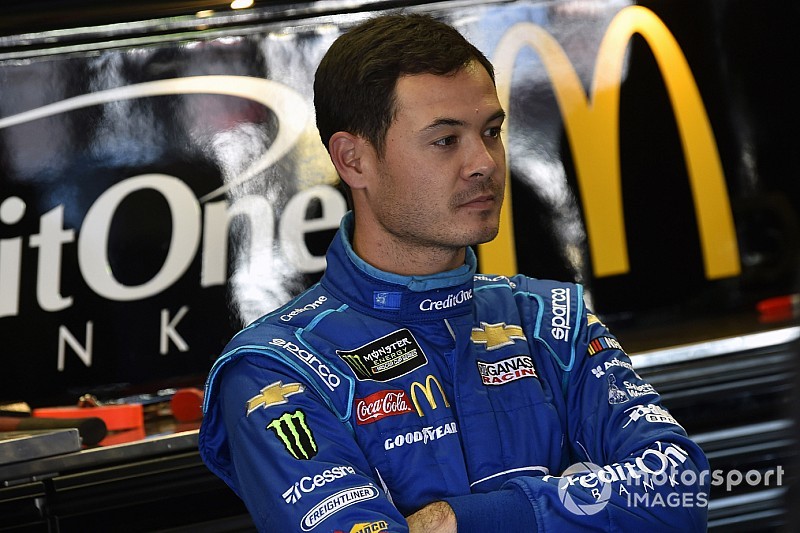 After several weeks of frustrating finishes, Kyle Larson was able to finish a race without an incident.

After a series of frustrating results over the past six races - including two finishes 37th or lower - Kyle Larson was able to score his first top-five finish of the season in Monday’s rain-delayed GanderRV 400 at Dover (Del.) International Speedway.

The native of Elk Grove, Calif., was able to avoid trouble unlike his previous two races where he crashed out and instead ran up front the entire race.

“I thought we ran inside the top five all race long,” said Larson. “(I) fought tight early on and then the car freed it up. That's where I feel like I was pretty good.”

Being able to handle an ill-handling car late in the race was the difference according to the driver who last scored a top-five finish at ISM Raceway in Phoenix last November.

“The last run there after cycling through green flag stops, I was really loose and got stuck in traffic,” said Larson. “I was just looser in dirty air and it made my tires pissed off.  Had to just make sure I hit the bottom lap after lap to hold Harvick off.”

The Chip Ganassi Racing driver was smiling after the race after finally being able to take the checkered flag without any major issues.

“It was good to finally have a clean race,” Larson said. “I don't think we've had a clean weekend all year long. I don't know, what are we, 11 or 12 weeks into the season.

“It's good to finally get a clean day, like I said. Thanks to our race team. Our pit crew did a good job today, as well.”

Bowman on second consecutive runner-up finish: "We needed this"

The other side of Alex Bowman - Part 5