Kyle Larson: Backstretch pileup “was all me” 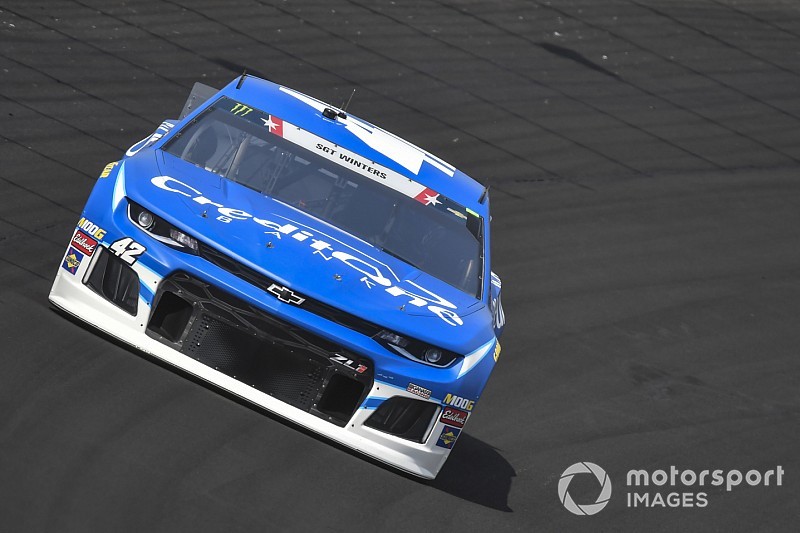 Kyle Larson's bid to sweep the May races at Charlotte Motor Speedway ends in a multi-car incident during final stage of Coca-Cola 600.

Larson was running in the top-ten when he made contact with Chase Elliott, getting loose and triggering a seven-car accident during the final stage of the race. He collected Clint Bowyer and as he slid across the track, made heavy contact with Austin Dillon and the inside wall.

“I just got in there and lost grip and slid up into Clint," said Larson. "I got stuck in the middle and then just put myself in a bad spot and got sideways.

"I got tight on that restart. Up and down day for us. I hate that I did that, it was all me.”

After winning the All-Star race last Saturday, Larson was attempting to become the eighth driver to sweep the May races at Charlotte Motor Speedway and first since Kurt Busch did it in 2010.

“We’ll try and clean it up and go where we race next week and try to be better.”

Larson’s best finish in a Monster Energy NASCAR Cup Series regular season race this season has been third at Dover (Del.) Speedway earlier this month. The DNF puts him closer to the cut-off in the championship standings as he continues an uphill climb in what has been a difficult season for the Chip Ganassi Racing driver.