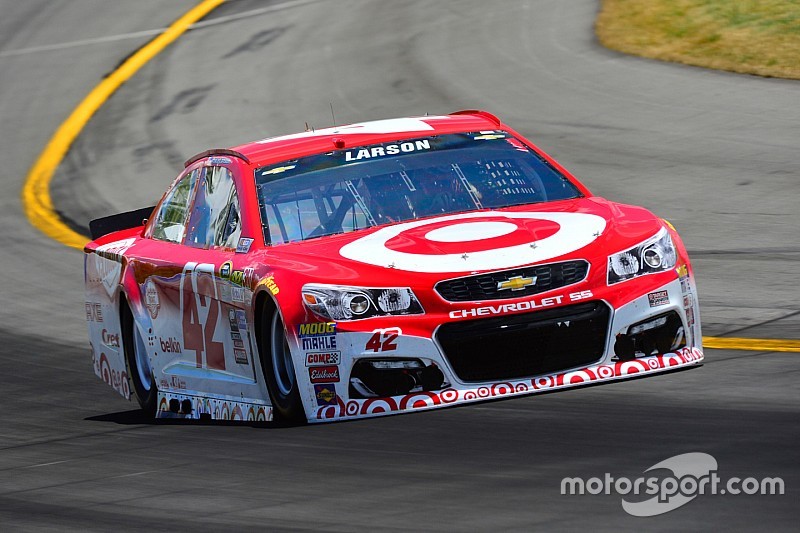 The No. 42 Chip Ganassi Racing team becomes the fourth team to violate the strict new lug nut policy set forth by NASCAR.

The P3 level penalty means that crew chief Chad Johnston has consequently been suspended and will miss this weekend's Cup race at Michigan International Speedway and fined $20,000. He has also been placed on probation for the remainder of the calendar year.

Despite there being a flurry of activity all around Brad Keselowski's car after the Pocono race on Monday, there will be no further penalties assessed to the No. 2 Team Penske Ford.

During the race, he was brought back down pit road for body manipulation. NASCAR determined that a crew member purposely dented in the side of the race car during a pit stop.

He went on to finish third.

With it being Smith's fourth warning, they will lost their pit stall selection this weekend.