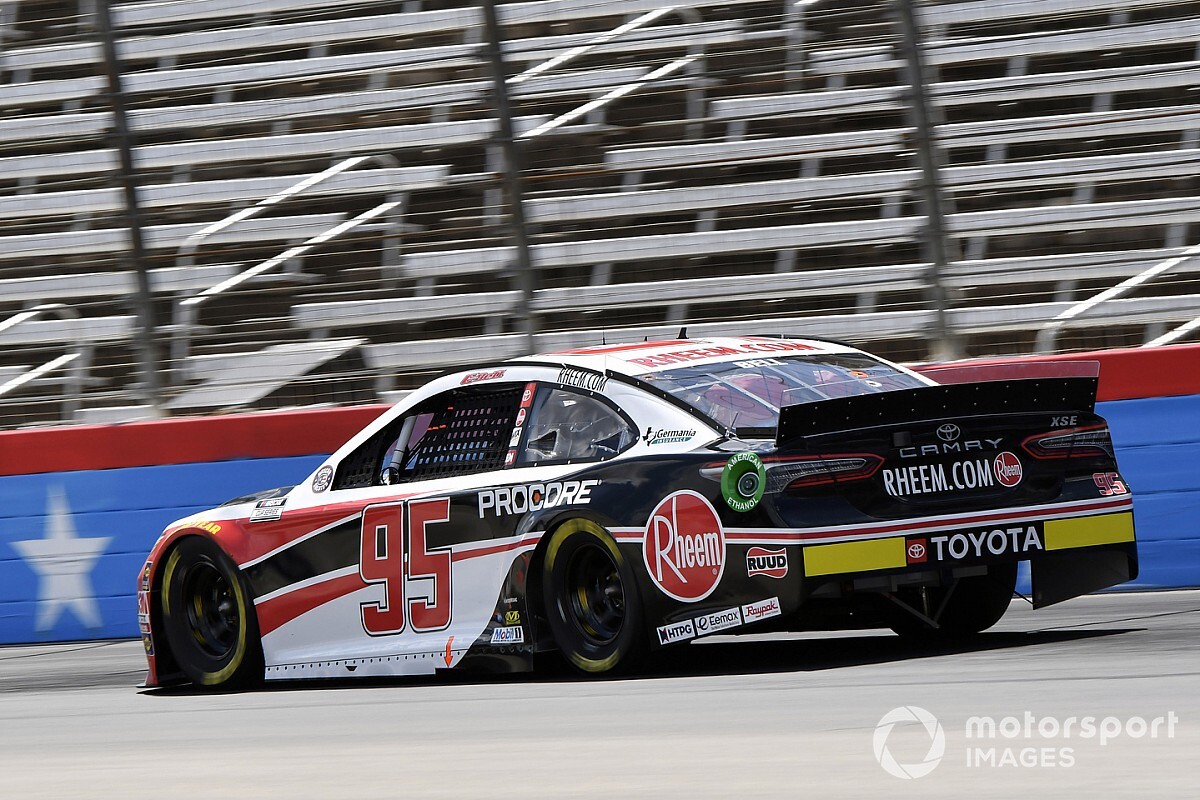 Bob Leavine announced Tuesday that he has completed the sale of his one-car Leavine Family Racing team, including the team’s assets and its charter in the NASCAR Cup Series.

The team, which has been in existence since 2011 and fielded a fulltime entry in the Cup Series since 2016, currently fields the No. 95 Toyota with rookie Christopher Bell and enjoys a technical alliance with Joe Gibbs Racing.

“It’s with great sadness today that I announce the sale of the Leavine Family Racing team, assets and charter. Since 2011, Sharon and our entire family have enjoyed being a part of the NASCAR community with Matt DiLiberto joining the family as a co-owner in 2016,” Bob Leavine said in a statement. “We will say goodbye at the conclusion of the 2020 NASCAR Cup Series season.

“This decision has not been made lightly. Family has always been a part of the team’s name and this is how we view every member of our race team – as our family. There is no good time to make this announcement, but doing it earlier allows our people to explore employment opportunities, for next season, to provide for their families. There will be opportunities with the new owners which was important to our decision.”

The cars and chassis Leavine Family Racing uses through its technical alliance this season with JGR will return to that organization at the end of the year.

What's next for LFR and Bell?

Spire Motorsports is expected to acquire the assets of Leavine Family Racing, Motorsport.com has learned. The organization already owns one charter in the Cup Series.

Bell has had a rocky start to his rookie season. While showing speed, he has one top-five and five top-10 finishes in 20 races and is ranked 23rd in the series standings. His best finish was fourth in the first race of the Pocono doubleheader.

“This year has been challenging for not only our race team, but our industry, our country and the entire world. The pandemic has impacted our economy and unfortunately that’s just not something we are able to overcome in order to continue racing beyond this season,” Leavine said.

“Leavine Family Racing will continue to compete through the end of 2020, and we want to leave on a positive note – contending for top-finishes with Christopher Bell, Toyota, TRD, and all of our partners.

In its first season in 2011, Leavine Family Racing qualified for four of the eight races it attempted with driver David Starr. The team made its first start in the spring Texas race that season, starting 33rd and finishing 38th after Starr was involved in an accident.

The team finished a career-best 22nd in the series standings in 2019 with driver Matt DiBenedetto.

The following statement was issued by Paul Doleshal, Group Manager for Motorsports, Toyota Motor North America (TMNA): “We want to thank Bob and Sharon Leavine, Matt DiLiberto, Jeremy Lange and everyone at Leavine Family Racing (LFR) for a successful partnership. We entered this 2020 racing season with high hopes for LFR and the team has not disappointed. While the season may not have started out as everyone wanted, after returning from the shutdown due to COVID-19, LFR rebounded with some very strong on-track performances. Unfortunately, the COVID-19 pandemic has impacted the world and more closely, the entire NASCAR family in so many ways and for LFR, that has forced the sale of the race team. We’re certainly disappointed and saddened by the news, but most importantly, we want to wish Bob, Sharon, Matt, Jeremy and everyone impacted the best of luck in their future endeavors.”