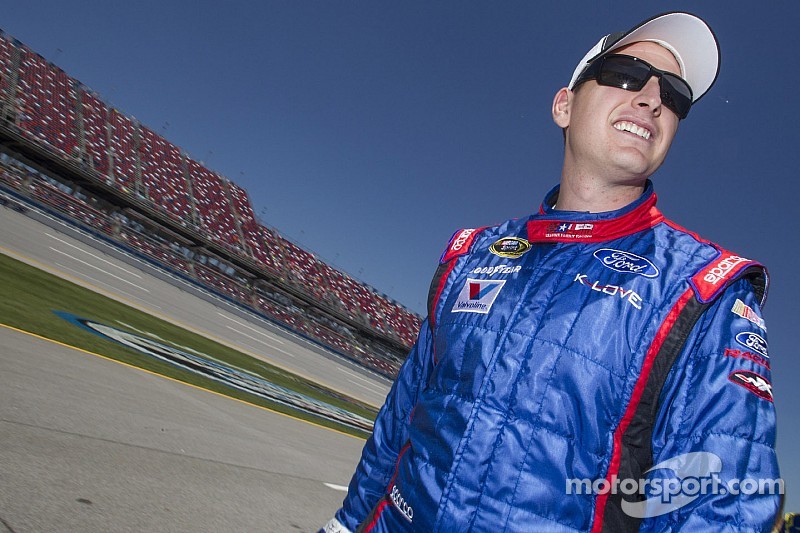 Despite fire at the shop last Friday, the team continues to work on cars with the help of Team Penske

CONCORD, N.C. — It’s been quite the whirlwind of activity for Leavine Family Racing since an early morning fire last Friday destroyed half of the team’s fleet of race cars and significantly damaged the race shop.

In the wake of LFR’s tragedy, Team Penske graciously offered the No. 95 Ford a home for the time being within its massive Mooresville, N.C. campus.

Michael McDowell said the deal was struck between Roger Penske and Bob Leavine on Saturday.

Yeah, it’s going to be tough. It’s going to suck for a while. But we’re going to stick to our plan, race Charlotte and move on from there.

“We get support from Penske,” McDowell told motorsport.com on Tuesday. “We buy cars and parts and pieces. Over the last two years, they’ve built a relationship…It’s hard on the guys but we’re thankful that Penske offered us a place to work this week. We’ve had our share of challenges. This is just part of it.

“But there are two sorts of mindsets. One is the ‘aw, poor me’’ and the other is, ‘all right, let’s get after it,’ and that’s our team. I think we’re wired like that. There’s a little bit of adrenaline and excitement to we’re going to have to dig in and do this. Yeah, it’s going to be tough. It’s going to suck for a while. But we’re going to stick to our plan, race Charlotte and move on from there.”

Crew chief Wally Rogers credits McDowell with supporting the team and keeping them motivated. He believes, “anything the team can do from going to the dark side is a big help”.

Anything the team can do from going to the dark side is a big help.

For now, the crew is working “completely out of our hauler” which was safe at Kansas Motor Speedway when the fire started. Another bonus was having the team’s Charlotte car already prepared for this weekend sans a few pieces that were added from the Kansas car on Monday.

“We were fortunate enough that the cars that got burned up really bad were in reality cars we were going to have as race cars towards the end of the season,” Rogers said on SiriusXM NASCAR Radio. “So we’re in pretty good shape leading into July, Daytona, maybe even Kentucky. But should anything else get torn up in the next month or so, that’s when it would be a real hindrance to us.

“We race part-time but we work full-time - as much or more as some of the bigger teams.”

Focus on the future

Rogers expects to use the All-Star weekend as an extended test for the Coca-Cola 600. LFR had already planned on taking a few weeks off following Charlotte. The team only has 20 races scheduled for this season — including Sonoma although one of the cars destroyed in the fire was a former Roush Fenway Racing Ford used on road courses.

After reviewing the extent of the damage at the shop, Rogers says the team should be able to return in the next two weeks “barring no major hiccups”. On Monday, he logged around 175 miles between the LFR building and the Team Penske campus — sans his 2005 Deluxe Custom Harley Davidson which was baked in the fire.

“It’s been a pretty tough week,” Rogers said. “Things like that can be replaced, Luckily, no one got hurt. Thank God for that, but dude, it’s toast. That’s the best way I can describe it. It’s kind of a bummer. I’ve had that thing a long time and it becomes a part of you.

“It’s been really tough. It’s just a minor setback. It won’t keep us down, for sure.”

Danica Patrick and the All-Star Race: Win, or get voted in