Logano cuts tire, heads to the garage early at Texas 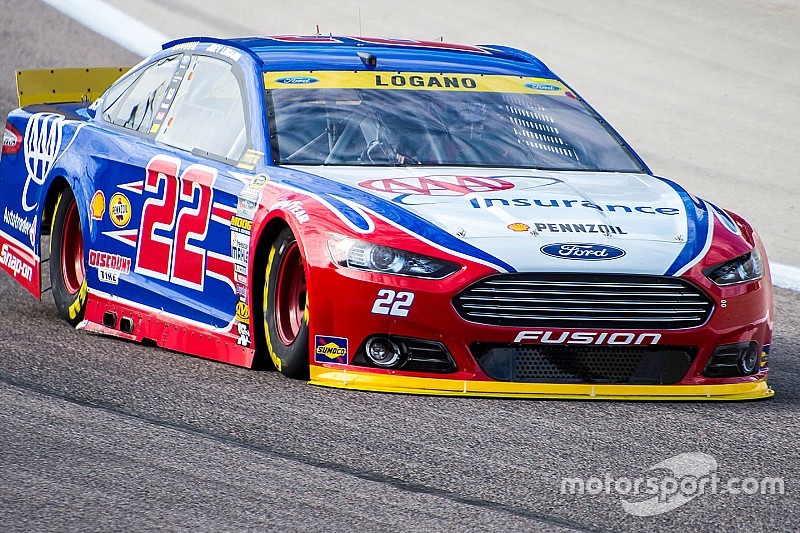 Joey Logano’s Eliminator Round went from bad to worse at Texas Motor Speedway.

Logano, who led 207 laps before Matt Kenseth took him out of contention on Lap 455, blew a left front tire on Lap 9 of the AAA 500 on Sunday.

Logano came to pit road but the team was unable to change the tire due to damage on the car. The wreck knocked loose Logano’s radio, so the driver failed to hear the team’s directive to take the No. 22 Ford to the garage and he returned to pit road.

Already several laps off of the pace, Logano backed his car down pit road to the garage on Lap 14 as the crowd cheered. Logano’s Ford received extensive suspension damage to the car.

The race returned to green on Lap 17 without Logano.

"We needed to win ... We aren’t out of it though," said Logano. This team isn’t quitting yet. We will go out there and gain a couple points, which don’t mean anything but we will go to Phoenix and try to win that one. It is unfortunate. It just wasn’t in the plans today.”

The 25-year-old Team Penske racer dominated the Contender Round by winning all three races in that segment. But with one race remaining in the Eliminator Round, Logano will have to win at Phoenix next weekend to transfer to the Champion Round at Homestead-Miami Speedway.

Logano returned to the track on Lap 76, 64 laps off of the pace.

Kenseth suspension in the back of all driver's minds at Texas