Logano: "I let my emotions get the best of me" at Martinsville 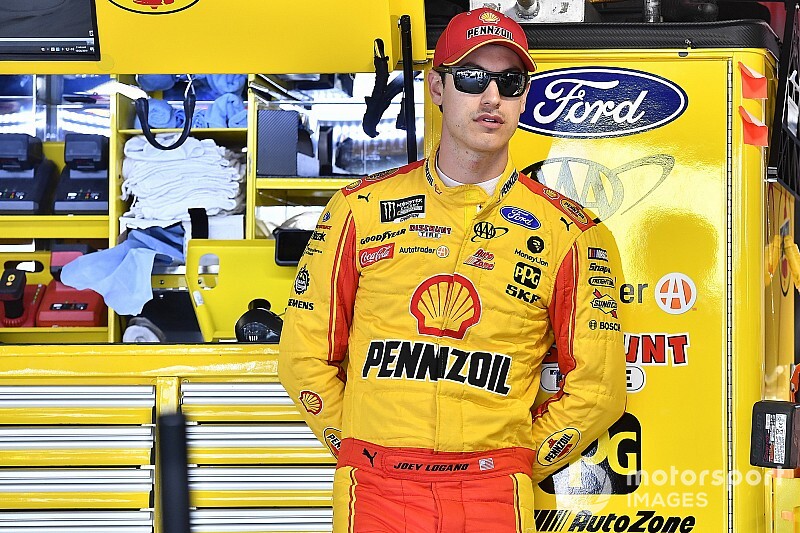 Joey Logano said his biggest regret last weekend at Martinsville (Va.) Speedway last weekend was expecting to get something out of Denny Hamlin that he wasn’t going to provide.

“I probably shouldn’t have gone down there looking for an apology for something that he probably wasn’t going to apologize for,” Logano said Friday about his run-in with Hamlin in pit road after last weekend’s race.

“I let my emotions get the best of me, that’s a mistake on my part, and I probably didn’t handle that correctly. It doesn't make what he did on the race track right but I think at the same time he will probably play that card as much as he wants, he can run his mouth as much as he wants.

“I am going to run my race and we will see who ends up ahead.”

Logano and Hamlin had a discussion on pit road following Sunday’s regarding an on-track incident between the two drivers that left Logano with a flat tire with less than 50 laps remaining in the race.

As Logano turned to leave the discussion, he made an open-hand jab to Hamlin’s arm which Hamlin did not appreciate. Hamlin tried to follow Logano until crew members from both teams got involved trying to keep them separated.

In the process, Logano’s tire specialist, Dave Nichols Jr., tackled Hamlin from behind in a horse-collar like fashion, taking him to the ground. Nichols was suspended from the Texas race for the incident.

Earlier Friday, Hamlin said Logano’s crew chief, Todd Gordon, did not have good control of his team in the incident and that Logano wasn’t smart enough to be playing head games.

“I thought that my guys were pretty level to be honest with you through that whole deal. I think you could see quite a few times Joey is right in front of them and no one lays a hand on Joey,” Hamlin said. “I think it’s just lack of control that Todd’s got with his people.”

Asked if he ever got the feeling that Logano just knows that he can get to him, Hamlin replied: “No, he’s not that smart.”

Logano said he expected Hamlin “to turn it that way.”

“For me, as a man, the first thing I do is own up to my mistakes. I probably would have walked down to him if I did the same thing and said I was sorry and that I screwed up. That is what sent me off the edge,” Logano said.

Told Hamlin took responsibility for the on-track incident during his news conference Friday, Logano said: “That is fine. He didn’t own up to it when we talked about it at the time.

“Like I said, I am regretful of the way I handled it. I let someone affect my character and that is something I am not proud of. We get stronger from these moments and you live and you learn and you move on.”