Marcus Smith on using new aero package in Coke 600: "Why not?" 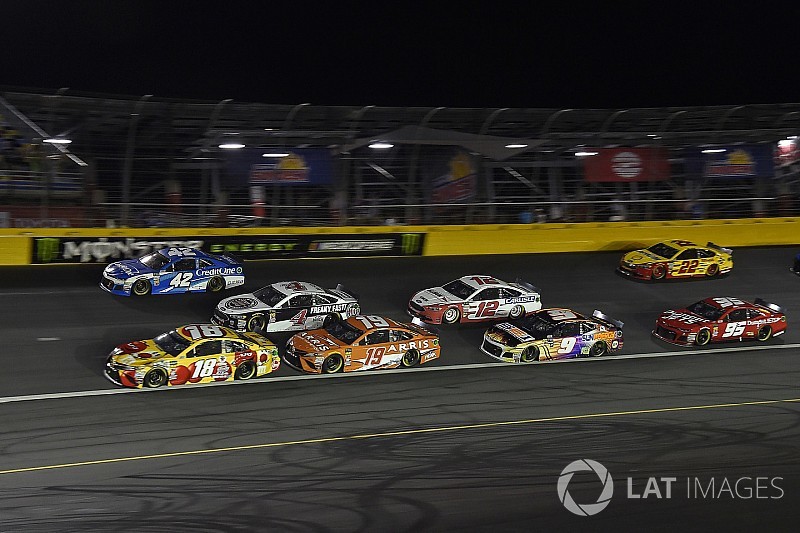 Marcus Smith is not giving up without a fight.

The original plan of the new aero package that debuted in Saturday’s Monster Energy NASCAR All-Star Race was as a test, something that would be evaluated and, if successful, then perhaps adapted to more widespread use down the road.

From most indications, there is little question the package was a hit. From the “eye test” to statistics, Saturday night’s all-star event and the Monster Energy Open race that proceeded it produced some great racing.

With another event next week at Charlotte Motor Speedway – the Coca-Cola 600 – Smith, the president and COO of Speedway Motorsports Inc., also believes in giving fans what they want.

“One of my things in life is, ‘Don’t delay a good thing.’ If you’re going to do it, go ahead and do it now,” Smith told Motorsport.com following a toast to winner Kevin Harvick Saturday night at the Speedway Club.

“I think there are a lot of people talking about the fantastic racing we saw at Charlotte and how that should factor in to the regular season. I think tonight is a ‘mission accomplished’ night and my hope and goal is to make a positive impact in the sport with fantastic highlight reel-worthy racing.

The difficulties of making such a change

Smith has no illusions about the difficulty and cost that would be required to change what was a test into full use in a points-paying race in the sport’s longest event of the season.

“I have a huge amount of respect and admiration for the immense amount of work that these race teams do every single week and NASCAR, the teams, everybody in the sport, everybody works so hard,” he said. “I think when you have a project like this, nothing happens easy.

“I’m not an engineer, but as a fan I loved what I saw and I think that’s kind of why we’re all here – for the fans. It’s certainly worth looking at but it’s going to take a buy-in from the core of the sport – NASCAR and the teams and the car manufacturers.”

Feedback from the fans

Smith also believes it will take input from fans.

By the early morning hours Sunday, Smith’s phone was already overwhelmed with text messages and voicemails from coworkers, friends and NASCAR participants congratulating him on a successful all-star event.

“If you like it as a fan, you have to let us know. Give us feedback,” he said. “I think we’ve a taken a big step in the right direction.

“Before we had the race, months ago, I said if this doesn’t work, at least we’d know what doesn’t work. We’ll gain knowledge. Not only did we gain knowledge, but it also worked. I think it will make positive momentum, sooner rather than later, for the whole sport.”

But could we actually see it used in next weekend’s Coke 600?

“Why not? Anything is possible,” Smith said. “Never say never.”

Daniel Suarez finishes second: "It hurts to be close and not get it"