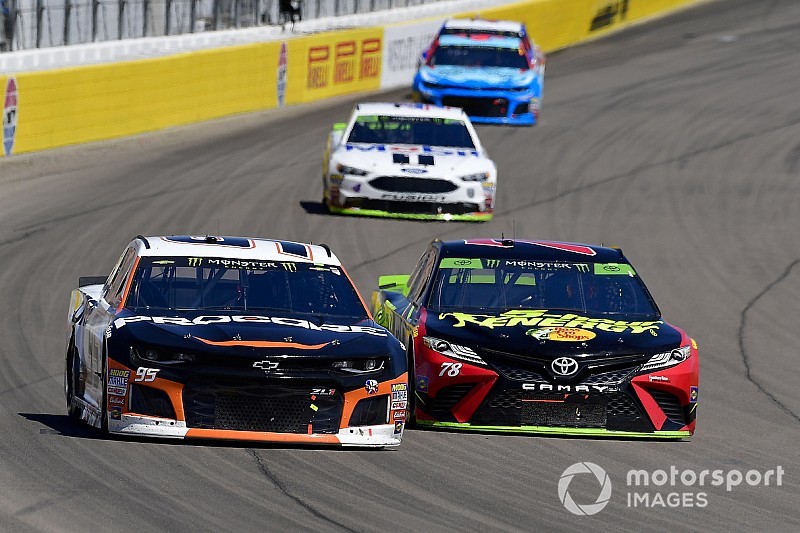 Defending champion Martin Truex Jr. admits his team’s performance on intermediate tracks is not on par with recent seasons, which could be an issue this weekend at Homestead.

Truex has four wins in the Monster Energy NASCAR Cup Series this season – half his final total for the 2017 season – and has advanced once again to the Championship 4 to contend for the series title.

But the No. 78 Furniture Row Racing team has not been the dominant force on intermediate tracks like a year ago, winning only once on a 1.5-mile track – July 14 at Kentucky Speedway.

The Kentucky win is also Truex’s most recent of the season as he prepares to battle Kevin Harvick, Kyle Busch and Joey Logano for the 2018 title Sunday at Homestead-Miami Speedway.

In his most recent races on intermediate tracks – Texas and Kansas – Truex finished ninth and fifth respectively, and failed to lead any laps in either event.

Asked during Thursday’s Championship Media Day at The Edition in Miami Beach whether the No. 78’s intermediate program was where he wanted it to be, Truex said: “I would say it’s probably not lights out like it was last year. Like [Las] Vegas, we had it. Vegas, we found it, and we had that race,” he said. “We just weren’t good on the short runs, and the race kind of didn’t play into our hands. It’s been harder to hit it this year.

“If I compare this year to last year, I would say last year, we were lights out. The No. 4 car [Harvick], if they could hit it, they could beat us. This year, [Harvick] has been lights out, and if we hit it, we can beat them.

Last season, seven of Truex’s eight wins came at 1.5-mile tracks, including his victory in the season finale at Homestead, which earned him his first Cup series championship. Truex also led 743 laps in those victories – 33 percent of his season total of laps led (2,253).

In his win at Kentucky this year, Truex dominated again, leading 174 of the 267 laps. But he’s come nowhere close to replicating that performance throughout the year. His total laps led so far in 2018 is 996 laps.

“It’s been harder to consistently hit that target this year. It’s been more difficult,” he said. “With that said, though, I felt like both Kansas and Texas, we weren’t bad. Man, we had everything go against us.

“Like everything that could possibly happen wrong went wrong, so we really had to battle and fight. You know, pitstop issues and cautions falling at the wrong time and all that stuff, and we didn’t have any of that last year.

“All that being said, I feel good about this weekend. But it’s going to be tough. It’s not going to be easy.”