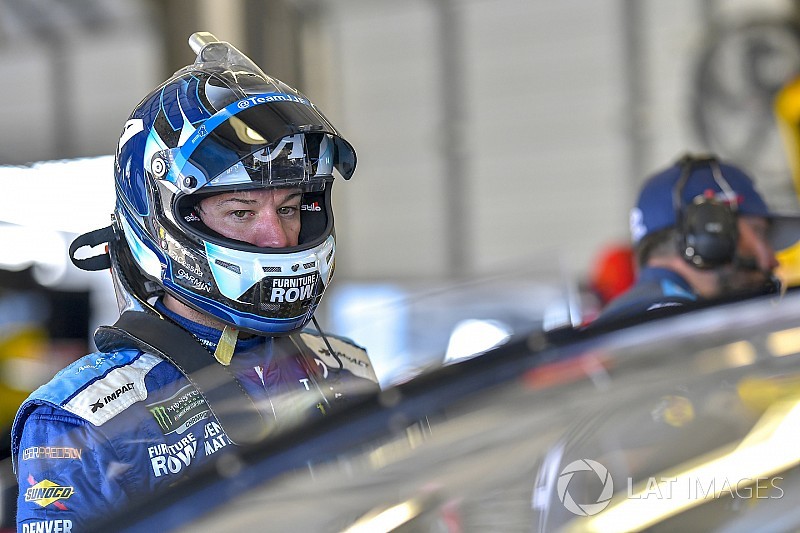 Martin Truex Jr. is planning on another contract extension with Furniture Row Racing but doesn’t appear to be in a hurry to get it done.

Truex, who won his and FRR’s first Monster Energy NASCAR Cup Series championship last season, is once again a title contender this season with three wins in the season’s first 18 races. He is in the final year of his current contract with the team.

“We’ve got some stuff to figure out for sure, but I don’t plan on anything different, so just give the team some time to figure things out and we’re all kind of trying to figure it out together, so hopefully we can make it happen,” Truex said Friday at Kentucky Speedway.

Asked what kinds of things need to be worked out, Truex said, “You know, just sponsorship commitments and all the stuff that goes along with that. Figuring out how much money we have to spend. When do we get it? How much are we getting? And where can we spend it and how can we spend it?

“So, just trying to figure out all the details honestly. There’s a lot of puzzle pieces to put together that we haven’t finished yet and honesty we haven’t really been in a big hurry to get it done, so in due time.”

This season was the first FRR’s No. 78 Toyota team was fully sponsored and owner Barney Visser didn’t have cover the cost of team operations.

Truex, 38, is in his fifth full-time season with FRR and has won all but two of his 18 career Cup wins with the organization. He has not finished worse than fourth in the season standings in three of the last four seasons.