Matt DiBenedetto: “It’s exciting to climb the ladder” with LFR

Matt DiBenedetto enjoyed best finish to date with Leavine Family Racing at Bristol Motor Speedway but feels it could have been better. 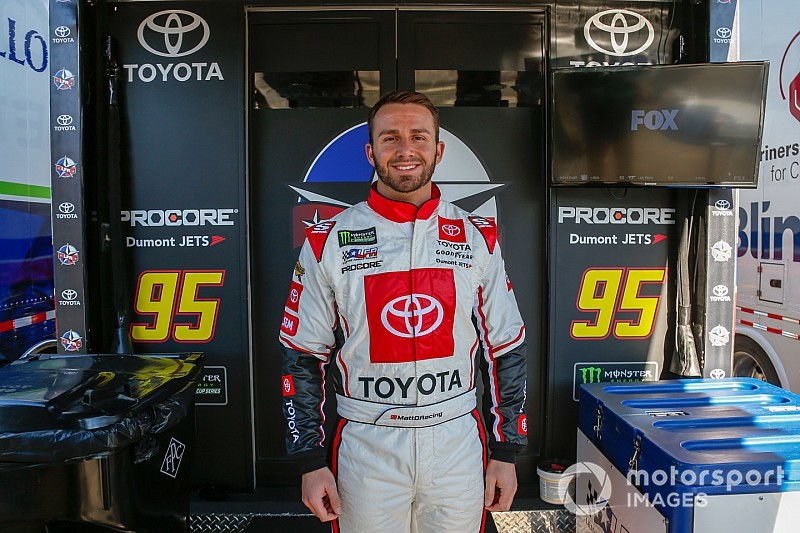 Everyone already knew Leavine Family Racing had fast cars this season. They came right out of the gates at Daytona International Speedway with DiBenedetto and led the most laps of the Daytona 500 before getting collected in an accident.

It appeared for most of the day on Sunday that the new pairing were going to celebrate their first top-five finish together before a late pit call worked against the team.

“We should have stayed out and it was a combination of a little miscommunication between all of us,” said DiBenedetto. “We’ll learn and move on and sometimes you have that with new people working together.

“I never dreamed I’d feel a little down after a 12th-place finish but I have plenty of reasons to be optimistic and look forward to more strong runs like we had on Sunday.”

“I’ll just say it - I was desperately wanting this ride with Leavine Family Racing and now that I have it and I see firsthand how committed everyone on the team is to being successful, it does make me happy as a driver,” said DiBenedetto. “It’s exciting to climb the ladder and get into a ride that you know will be competitive week in and week out.”

While it wasn’t his best career finish in a Cup car, the speed his team showed throughout the weekend at Bristol gives the California-born driver who now calls Hickory, N.C., home a reason to be so optimistic.

“I’ve known Bob (Leavine) and his wife Sharon a long time and I knew how dedicated they are to this team and anything they do really,” said DiBenedetto. “I could tell before I got here how hard they were working on their team and now to be a part of it I really see it all firsthand now.”

This season is also like coming home for the 27 year-old driver. When he first started driving in the NASCAR national series with Joe Gibbs Racing in 2009 he was driving a Toyota and with LFR switching to the brand in 2019, he’s seen things come full circle in that regard.

“I got my start in the NASCAR national series driving a Toyota and I have to tell you they can spoil you as a driver,” said DiBenedetto. “Everyone at Toyota and TRD are so committed to their teams and I call them family because they truly make you feel like you are part of their family.

“It’s also nice to have the alliance with JGR and I’m still familiar with several people over there and that is a big help having us work together.”

Another sign of commitment by the team is deciding to feature the new eNASCAR Heat Pro League on the No. 95 Toyota Camry on Sunday.The new online gaming league just held its first draft with the car at Bristol highlighting the two draft picks for the team who’ll begin league play in May.

Nicholas Vroman and Josh Harbin are the two draft picks on Leavine Family Racing’s gaming team and DiBenedetto shared his thoughts on showcasing the new league and his new ‘teammates’ on the car.

“That’s really cool to be a part of this new league and I enjoyed making our first draft pick in selecting Nicholas,” said DiBenedetto. “This is another example of how committed Bob and Sharon are to anything associated with the race team.

“I thought the paint scheme looked great and promoting the league will be good for all of us associated with the new program. Heck their names on my car where a whole lot bigger than mine and I hope they enjoyed seeing that on the car this past weekend.”

How Kevin Harvick overcame disaster to finish 13th at Bristol