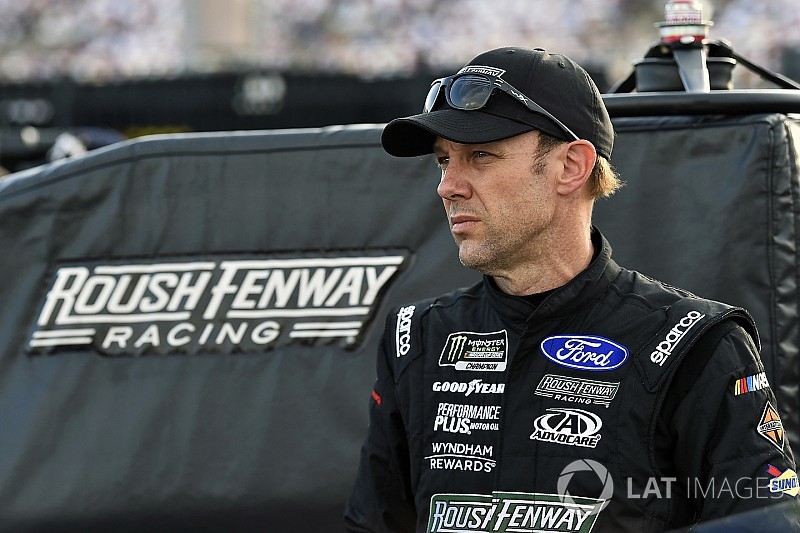 Matt Kenseth got a rude awakening in his first race back with Roush Fenway Racing last weekend but the tide has turned quickly at Charlotte Motor Speedway.

Kenseth had to start from the back of the field at Kansas last week when his car failed to clear inspection in time for qualifying and it never performed very well once the race began. He twice fell a lap down in the early-going.

He ended up getting caught up in a multi-car wreck on Lap 253 of 267, which brought his struggling night to a premature end. He was credited with a 36th-place finish.

Bouncing back from tough weekend at Kansas

Friday night at Charlotte couldn’t have been more different.

Despite only about five minutes of practice time because of frequent rain, Kenseth still managed to post the fastest average lap speed to win the pole for Saturday night’s NASCAR All-Star Race.

His No. 6 Roush Fenway team also had the fastest pit stop (16.1 seconds) in the session, which included three laps and a four-tire pit stop with no speed limit on pit road.

“Our lap time was really good and the pit crew did really good. Those are all positives,” Kenseth said. “It is always a positive when you can go out and have a night, no matter what you are doing, and you do it better than the rest of them.

“That is always a positive and something to build on.”

Kenseth, who will split time in the No. 6 the remainder of this season with the team’s regular driver, Trevor Bayne, said he tried to put the Kansas race behind him as quickly as possible.

“Kansas was just a mess from start to finish, honestly. There just wasn’t really much that came out of that weekend for a positive,” he said. “With that being said, it is nice to come here and have everyone on their game and get that pit stop and work together to get both cars on the front row.

“That is a huge positive for all the guys, myself included. (Saturday) is a new day. We just have to keep working at it.”

Another positive? Kenseth will start the race with his Roush teammate, Ricky Stenhouse Jr., alongside of him on the front row.

“I think it is neat to have both cars on the front row. We only have two cars coming out of that shop right now and the goal on qualifying day is to put the cars on the front row and on race day you want to keep getting better and eventually be up there winning races,” he said.

“That is always a goal, to get both cars to run as good as you can. Especially when you are that small. It is like one big team and I think it is so much easier to work together and share common goals and not be selfish and those kind of things.

“The goal is to get both cars running as fast as you can.”