Matt Kenseth: "I don't feel like I have anything to prove" 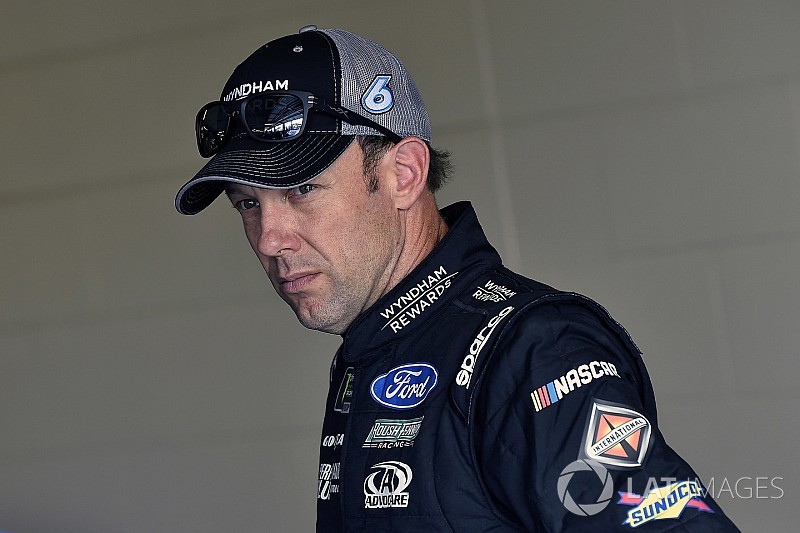 Matt Kenseth returns to Monster Energy NASCAR Cup Series competition this weekend with no expectations and nothing to prove.

But he also insists that he would not have returned to Roush Fenway Racing if he did not believe he could still be competitive.

Saturday night’s race at Kansas Speedway will be Kenseth’s first since last year’s season finale at Homestead-Miami Speedway. He is driving RFR’s No. 6 Ford in multiple races this season starting with the next five events (including the All-Star Race).

“I came into this weekend pretty much with no expectations, just kind of open-minded and take it one practice at a time, one session at a time, that type of thing, and go from there,” Kenseth said Friday at Kansas Speedway.

“Professionally, I don’t know that I have a long-term goal. As far as the rest of it, I don’t feel like I have anything to prove to anybody, either. Short-term, I hope to help the organization. That’s kind of why Jack (Roush) and I decided to do this.

Kenseth, 46, spent the majority of his NASCAR career at Roush but left to join Joe Gibbs Racing in the 2013 season. When his JGR ride came to an end last season, he was looking for another opportunity but one to his liking didn’t materialize in time to begin the 2018 season.

Roush’s No. 6 team and driver Trevor Bayne have struggled with performance in recent years and with Ford teams in general running well this year, Roush wanted an experienced veteran like Kenseth to evaluate the program.

Bayne remains with the organization and will drive at least eight more races this season in the No. 6. He is on-hand with the team this weekend in Kansas.

“I’m sure it’s going to take a little bit of time, but I’m talking minutes and not hours, to kind of get readjusted to everything and make sure everything fits,” Kenseth said. “I think as far as getting up to speed of the track I’m not extremely concerned about having six months off.

“I remember Kyle Busch had about six months off and he came back pretty strong a few years ago. I’m not extremely concerned about that.”