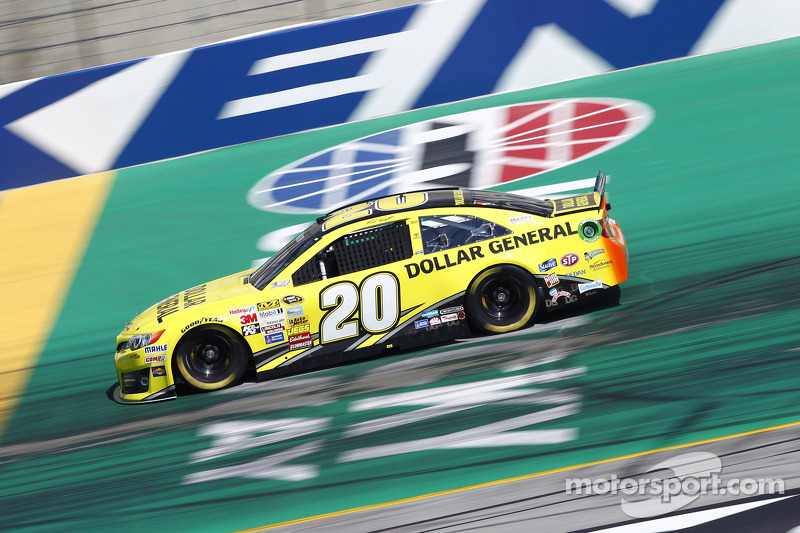 Joe Gibbs Racing announced on Saturday that it has extended its partnership Dollar General and driver Matt Kenseth.

JGR has entered into a multi-year agreement for both the sponsor and driver of the No. 20 Toyota. As part of the deal, Dollar General will expand its involvement from 27 races this season to 30 for Kenseth next season.

Kenseth, 42, had a blowout season in his debut for JGR last in 2013. He won seven races last season – a career-best for the driver – and finished second in the point standings. Kenseth is currently fourth in points with five top-five finishes and 10 top 10s.

“I’m incredibly fortunate to drive for Dollar General. They have great enthusiasm for our sport, and as a driver, it’s great to have such a supportive sponsor behind you,” said Kenseth, who starts 14th for Saturday’s Quaker State 400 at Kentucky Speedway. “When you meet the people behind the organization it is easy to see why they have had so much success in recent years. I’m looking forward to continuing our partnership together for many years to come.”

The Dollar General livery will kick off the 2015 season with the Daytona 500, where Kenseth is a two-time winner.

“This is a big day for everyone at Joe Gibbs Racing,” said team owner Joe Gibbs. “Matt has obviously had a big impact across our entire organization and our partnership with Dollar General has been fantastic. It’s exciting to be able to announce both extensions that will keep this team together for years to come.”