Matt Kenseth "not talking about next year," focused on 2018 results 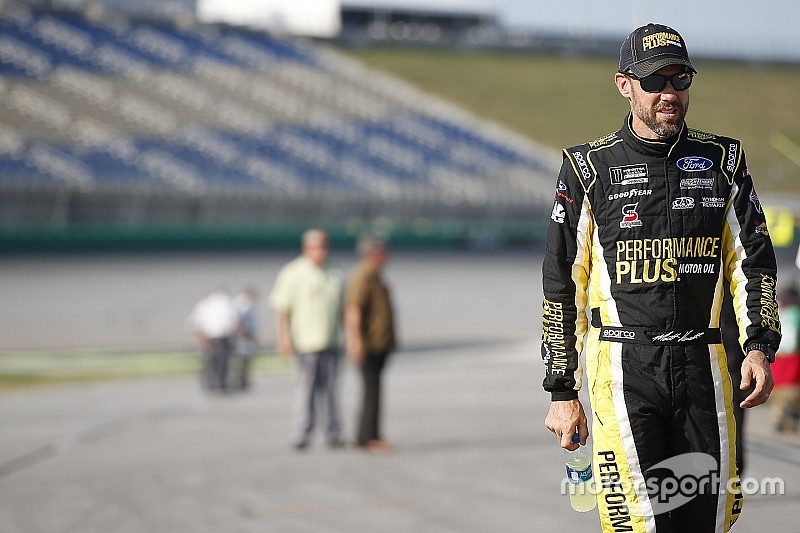 Everyone is interested in Matt Kenseth’s NASCAR future but the veteran driver prefers to focus on the job at hand.

And it’s not been an easy one.

At least three different times during a press conference Friday at Darlington (S.C.) Raceway, Kenseth was asked in some fashion whether he would continue driving in 2019.

He deftly deflected them all.

“I’m just kind of honestly trying to concentrate on the rest of this season and trying to get this done,” he said the first time he was asked.

Asked a similar question again later, Kenseth said, “I’m just trying to get running the best we can this year. I’m certainly not talking about next year and I haven’t really put as much thought into it as you all have, honestly.”

Kenseth left his brief “retirement” to return to Roush Fenway Racing in May, driving several races in No. 6 Ford, part of an effort to help improve the performance of the organization.

Kenseth, 46, is making his ninth start of the Monster Energy NASCAR Cup Series season Sunday night in the Southern 500 at Darlington.

He and Trevor Bayne, the No. 6 team’s regular driver, have been sharing time in the car since his return. Kenseth has already been spending time watching races on TV and evaluating data from both Bayne and teammate Ricky Stenhouse Jr.

“It’s a different role and there’s just a lot to learn and a lot to take in and a lot of differences, so just trying to figure out the people and the system again and kind of where we were at, where we need to go, that type of thing.”

While the results haven't turned heads, Kenseth does believe the organization is making progress.

“It doesn’t really show necessarily on the stat sheets or the box score all the time, but I feel like we’ve made a lot of progress and really just trying to keep that going and keep moving forward and keep trying to get more competitive by the end of the season,” he said.

“It’s been interesting for me to get in and kind of drive for a while and then step away for a few weeks and kind of take a different view of the team, the sport, the race weekends, the way things go down from TV and reading notes and watching data and doing those kind of things.

“It’s been interesting. I feel like I’ve learned a lot and it’s definitely a different perspective.”