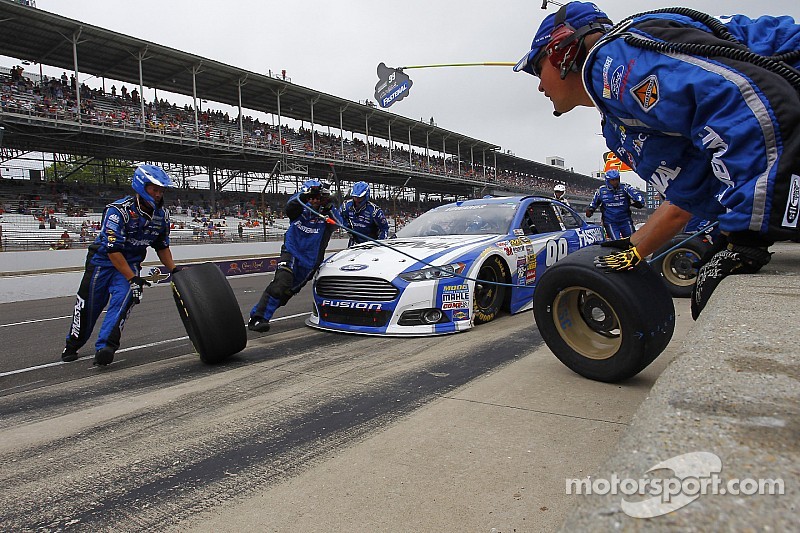 Ryan McCray, the 16-year veteran front tire carrier for the No. 99 Roush Fenway Racing Ford, was taken to the infield care center at Pocono Raceway.

McCray’s fingers on his left hand were pinched between the wheel and brake caliper while changing the left front tire on the first pit stop during the third caution of the race on Lap 31.

Mike Lingerfelt, the front tire changer of the No. 99 team, explained the incident to his peer Michael Hicks, the rear tire changer on the No. 11 Joe Gibbs Racing Toyota.

Matt Rawling, who is the tire carrier for the No. 16 RFR Nationwide Series team and a development crewmen on the No. 34 Front Row Motorsports Ford, filled in for McCray.

McCray was treated and released from the infield care center at Pocono. He is expected to follow up with further medical evaluation when he returns to North Carolina.

Edwards finished 29th after he was collected in the Lap 117 wreck triggered by Denny Hamlin. Edwards is currently eight in the point standings.

Jimmie Johnson out at Pocono after crash