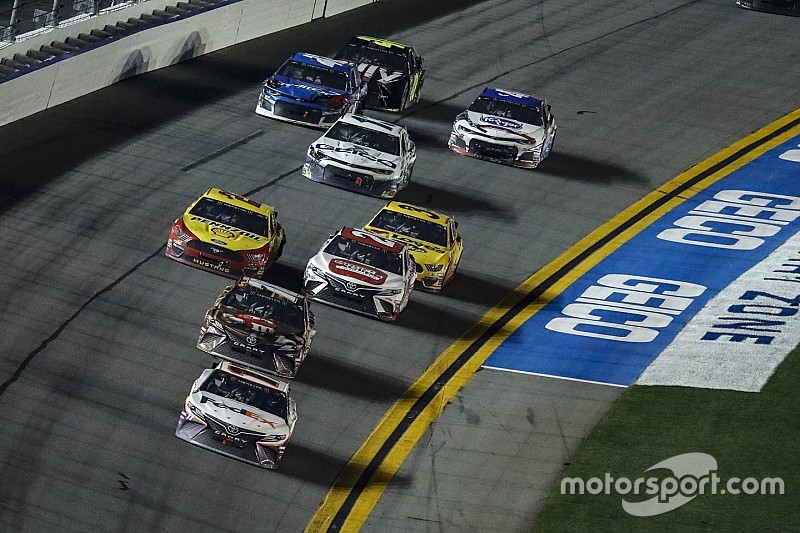 Joey Logano was looking for help from a fellow Ford driver but Michael McDowell had a different plan of attack.

As Sunday’s Daytona 500 headed into overtime, Joe Gibbs Racing teammates Denny Hamlin and Kyle Busch were working together to remain out front.

Logano, who had one of fastest cars in Sunday’s race, was looking for a push in an attempt to run down the duo. He looked to fellow Ford driver Michael McDowell, but McDowell instead elected to go work with Busch.

Hamlin ended up with the victory as Logano finished fourth and McDowell fifth. Logano expressed his displeasure with McDowell in a conversation on pit road after the race.

“I was just surprised by the situation and what happened,” Logano said of his conversation with McDowell. “I thought that was going to be the plan (working together). At that point he wasn’t going to win, he’d have to pass Kyle.

“He’s racing, too, I guess and we can’t win these things alone. We’ve proven that quite often but we did what we could do.”

Still, with a win in a Daytona Duel and a top-five finish in the 500, Logano felt good about heading to Atlanta next week.

“It’s good momentum,” he said. “We carried the momentum from where we ended last year, so it’s good.”

For his part, McDowell said he went with the driver who he felt gave him the best chance to win.

“The No. 18 (Busch) had a big run, a lot of momentum and Joey had a lot of damage,” he said. “Joey wasn’t going to win the race. I wanted to put myself in the best spot to win the race and the Fords weren’t that friendly to me this weekend.”

Asked about his conversation with Logano, McDowell said: “I just told him that my team doesn’t pay me to push Joey Logano to a win. That’s not what I get paid to do.

“At 200 miles-per-hour, I made a split-second decision on what was the fastest car and who had the best shot of winning the race and that’s where I went.”