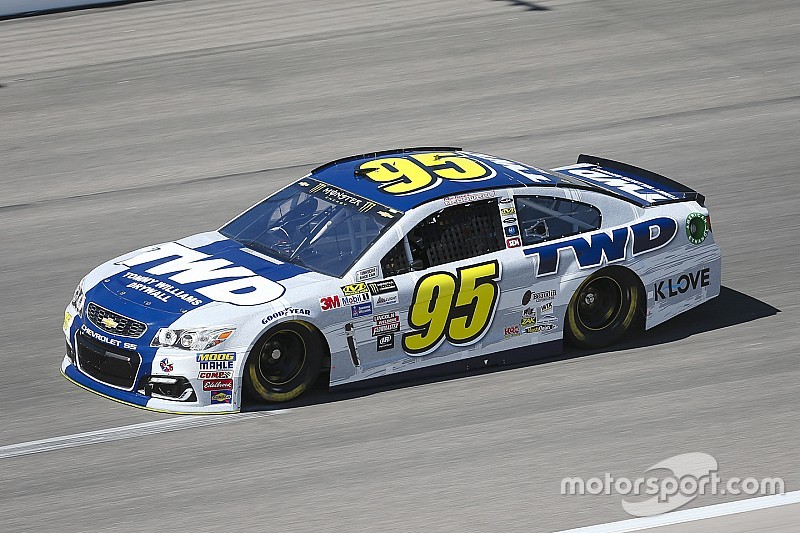 The weekend certainly didn’t start off with such promise.

The engine blew in McDowell’s No. 95 Chevrolet in his first few laps of practice on Friday and his team elected to work on preparing the car rather than qualify. So, he started 35th with virtually no practice.

The race didn’t go much smoother.

During a caution early in the race, McDowell headed to his pit for service, but was hit by Chase Elliott’s No. 24 Chevrolet, causing McDowell to spin around in the stall and forcing the pit crew to complete the stop with the car in the stall backwards.

McDowell managed to get the damage fixed on his car and remain on the lead lap.

“You know it’s tough on pit road, but obviously, Chase took two tires there,” said McDowell. “I was following (Dale Earnhardt Jr.) into the box, so I couldn’t see (Elliott) coming out at all and by the time we made contact he was at my left-rear.

“I just didn’t see him coming in and I don’t think his crew chief knew I was coming in, either, because he sent him when both the No. 88 and myself were turning into the box right in front of him. That just happens on pit road.”

In Stage 3, McDowell narrowly avoided the three-car accident that brought a halt to the race for nearly a half-hour and sent driver Aric Almirola to the hospital.

During the final pit stop, crew chief Todd Parrott made the call to put on the team’s final set of new tires for McDowell’s last run, which helped propel him to his 13th-place finish.

“The 1.5-mile (tracks) have been good for us this year and it’s good to get another solid finish. We have had a bad string the last three or four weeks and blew an engine there in practice, didn’t get a lot of practice,” McDowell said.

“Todd Parrott and all the guys did a good job of really guessing with the set-up and we got a solid finish.”