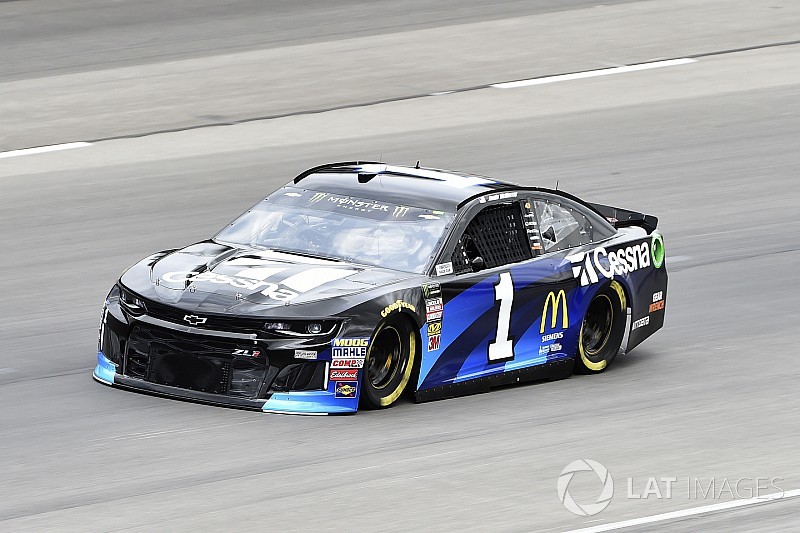 Jamie McMurray was in desperate need of a good run at Texas Motor Speedway.

After finishing 16th in the Daytona 500, McMurray finished inside the top 20 just once more in the next five races with a 17th at Fontana. But that all changed this weekend at Texas where McMurray placed third after running as high as second.

“Yeah, it was basically just a really good day for us from the start of the race," he said. "The car was pretty good, especially on the long runs.  And then fortunate to miss a lot of the wrecks that happened and survived and then had good pit stops.  So, all around just a pretty solid day for our team.”

McMurray's Chip Ganassi Racing teammate Kyle Larson suffered a right front tire puncture that ended his race during the second stage, but the veteran driver was able to avoid similar misfortune as he charged towards the front. It was the first time this season where the No. 1 team was able to put a complete race together.

"But, we have run okay this year, but today certainly was our best performance. We had some different stuff in our car. You try to learn in the off season and some of the stuff that we tried at the beginning of the year didn’t work out. So, we went back to similar to what we had last year and we ran really well on the 1.5 miles and our performance was way better today than it has been all year long. So, hopefully we can continue to work with that set-up and those parts and perform each week.”