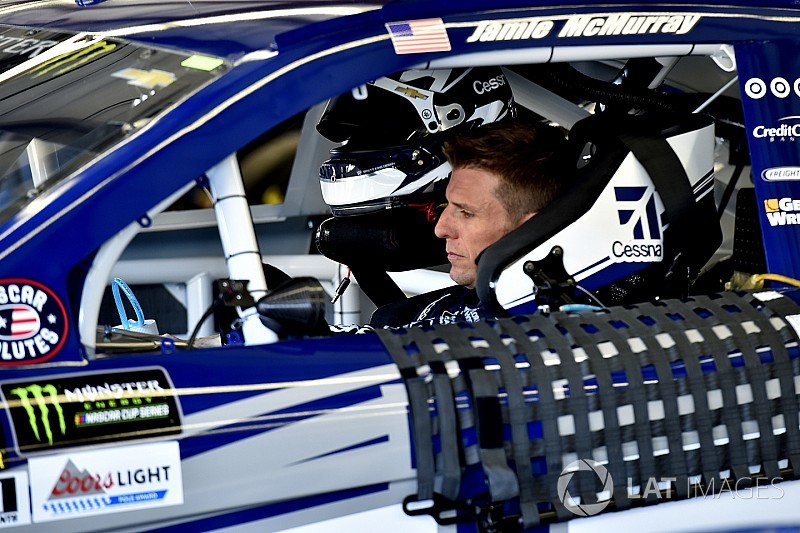 The driver of the No. 1 Ganassi Racing posted the fastest single-lap speed of 186.760mph after the first hour of the session.

“We have had really fast cars at all of the mile-and-a-half tracks this year, so hopefully Kentucky Speedway will be no exception,” McMurray said. “I think this race came down to a fuel mileage race last year so it will be interesting to see how that turns out with the stages this year.

“We participated in a Goodyear test there a few weeks ago and I felt like we had a really good test. We will have a new right-side tire for this weekend, so I’m looking forward to having a solid weekend .”

Thirty cars had completed laps in the first 10 minutes. Austin Dillon jumped up to ninth 15 minutes in with a lap of 183.038mph following a nine lap run. He was bumped to 10th after the Furniture Row cars of Truex and Erik Jones moved up to first and fifth, respectively on the leader board.

Thirty minutes into the session, Truex vaulted back to the top of the speed chart with a lap of 186.445mph. Over the next 15 minutes, 37 drivers had posted times. Truex held the top spot with Blaney, Kyle Busch, Stenhouse, Larson, Jones, Daniel Suarez, Hamlin, McMurray and Harvick completing the top 10 speeds.

One hour into first practice, McMurray emerged with the top speed — 186.780mph.

“I’m having trouble getting turned in the entry of the (right) corner,” McMurray said.

Despite Bowyer riding seventh, he wasn’t happy with the handling after 36 laps.

Kyle Busch’s 57 laps completed was the most with 15 minutes remaining in the session. Five minutes later, Bubba Wallace, Matt Kenseth and others were practicing pit road speed.