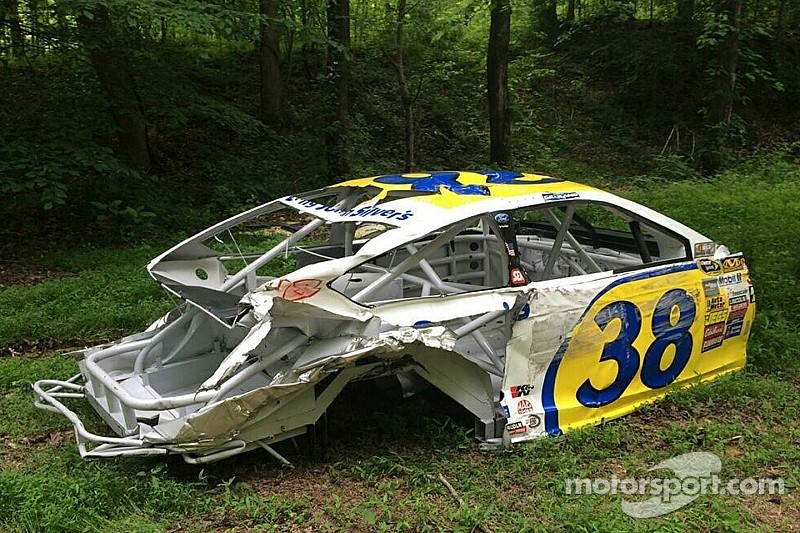 The No. 95 Leavine Family Racing machine driven by Michael McDowell raced to an untimely end at Watkins Glen. On the 55th lap, exiting turn five, McDowell found himself slamming into the side of Ryan Newman's stricken machine.

The impact violently ripped the rear axle out of the car, sending it literally hopping backwards down the track until it obliterated a nearby guardrail, launching up onto its side. McDowell was okay and the car is now being 'honored' as the newest addition to Dale Earnhardt Jr.'s car graveyeard.

Earlier this year, Jr. got to add the mangled shells of the No. 38 (David Gilliand) and No. 51 (Justin Allgaier) to his extensive collection after their massive crash during the Cup race at Kansas.

Jeff Burton to replace Tony Stewart in the No. 14 at Michigan